#BBNaija: Cee-C’s Family Reacts To Video Of Her Talking About Her Friend’s Death 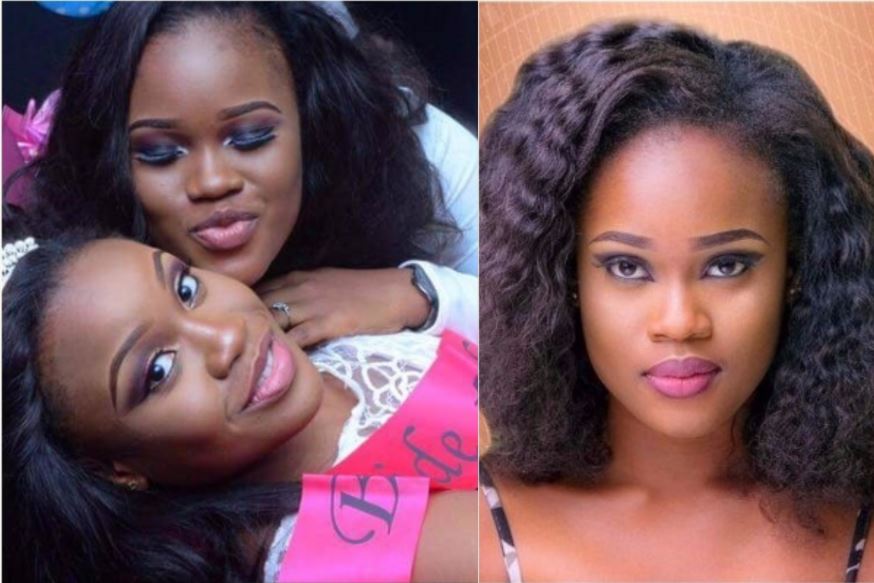 Cee-C and her sister

There is a video currently going viral, of Big Brother Naija housemate, Cee-C allegedly revealing how she caused her best friend’s death during her school days.

The video has generated lots of hate comments for Cee-C after it was posted online.

Cee-C’s elder sister who is currently managing her social media pages has now reacted and called out Instagram blogger, Instablogja to take down the video.

“There’s a thin line between playing a game and being wicked. We understand that in a game you will try to put yourself in an advantage and the opponent in a disadvantage. But every game has its rules and conscience and ethics demands that we play by this rule.

But this current Big Brother Nigeria has been wrought with so many inhumane acts that gets me wondering. How can a group of people sit down, wake up every morning just to ruin a person’s personality?

First, it was the rumor that Cee-C failed law school twice. BUT THAT WAS ALL A LIE. When faced with burden of proof, all of them ran to their mother’s hut. We let that slide.

Then next was a fake WAEC result that went around, obviously done by a nose-sniffing amateur. A lot of people believed that but it was TOTAL LIES. The picture they used was obviously taken from her Facebook profile. Even a toddler could pick out the irregularities. We let that slide too.

Then there has been lots of other attack on tarnishing her image.

Even Instagram accounts of fellow housemates have joined the bandwagon in the calumny. But today’s post by @instablog9ja is the straw that has broken the carmel’s back. They have tactfully misrepresented Cee-C’s conversation with few housemates to further tarnish her image. Why these bloggers want to ruin Cee-C’s reputation, I’m yet to understand why.

In the entire conversation where they were discussing about the power of words, she recounted where she wished a relationship that was threatening her friendship would end. But unfortunately the friend passed away 2months later which she cried profusely about.

This won’t be the first time anyone had wished they had good thoughts of a person if they knew the their lives were going to be short.

But what do we see? @instablog9ja decides to make Cynthia Nwadiora a villain by splicing the video to suit your campaign of calumny. Because you know that showing the entire statement will not favor your campaign. In what society has it become accepted that thoughts kills? Even in metaphysics, it’s still a debate.

Let’s assume thoughts kill, what is the relationship between wishing a relationship ends and death? I’ve tried as much as possible to be civil in this game. I’ve gone high when others have gone low. Even the vilest amongst us have picked on us but I’ve done it clean. People have called us all sorts of name, but I assumed it’s what comes with the terrain. Because I believe that 85 days is not worth ruining ourselves.

But this is it. I’m going to take any necessary action to clear my sister’s name. You can’t accuse her, sway the minds of people against her and sit in your home comfortably while I fear daily for my sister’s and family’s safety.

@instablog9ja either provide proof that she killed a human being or take down the post immediately. Enough is enough.

And any other tag team blogger carrying this falsehood, please desist.

In the meantime, let’s not stop supporting our Girl Cee-C. SUCCESS IS THE BEST”