The Semi-Finals of the Big Brother Naija show went down today, 15th of April, and we saw Khloe, Anto and Lolu leave the show.

The voting results are in, and in the usual Fashion, Miracle topped the voting results with a whooping 44.33 percentage of votes, while Cee-C followed suit with a 27.88% votes, Lolu followed closely with 22.23% votes, Anto had 3.67% votes and Khloe came last with a 1.89% vote. 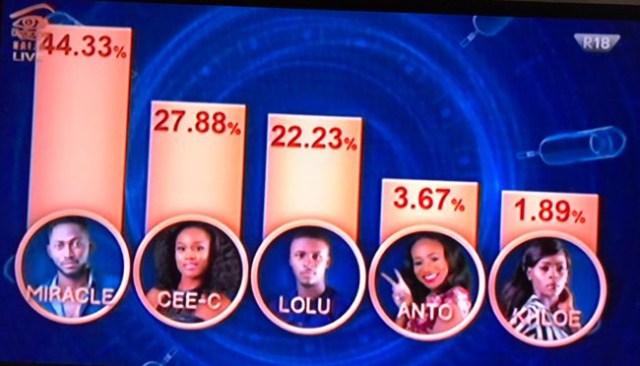 The Top 5 FINALISTS of the show are Miracle, Tobi, Alex, CeeC and Nina. 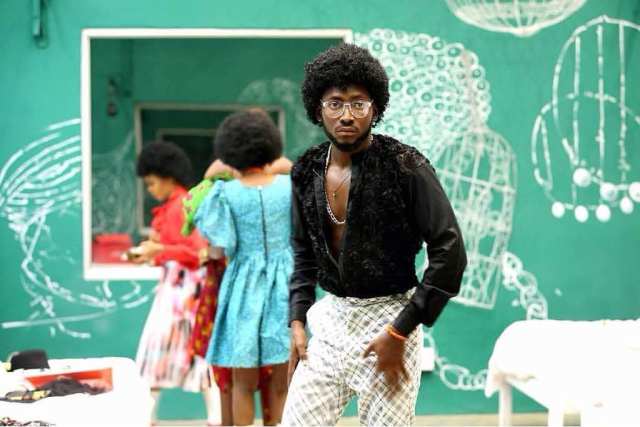 Recall Alex won the head of house last week, and she saved Tobi. Nina also who came 4th during a “Game of chance” was also saved.

The BBNaija Finals will go down next week, April 22nd 2018, and Davido & Tekno will be performing Live at the show.