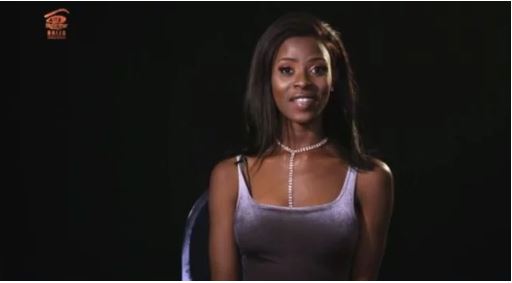 Evicted Big Brother Naija 2018 housemate, Khloe has said Miracle may change his behaviour if he emerges winner of the reality show.

It was earlier reported that five housemates; Alex, Tobi, Cee-C, Nina and Miracle made it to the finals after Anto, Lolu and Khloe were evicted during Sunday live show.

Khloe said she does not dislike Miracle but just thinks his lifestyle would change after Big Brother.

She wrote “As for Miracle Ikechukwu, Common! I was disqualified from the show, sent home and I got to appreciate the overpowering love and support from his fans.

“Why would I hate on a guy and have his myriad of supporters hate me too? I only expressed the fact that fame & fortune changes people and it did look like Miracle will shift from his behavioural pattern in d BBN house to somebody else. But then, who am I to judge?

“It’s okay to disagree with the thoughts or opinions expressed by other people. That doesn’t give you the right to deny any sense they might make. Nor does it give you a right to accuse someone of poorly expressing their beliefs just because you don’t like what they are saying.

“Learn to recognise good writing when you read it, even if it means overcoming your pride and opening your mind beyond what is comfortable. I remain the Queen of the KOKO.”