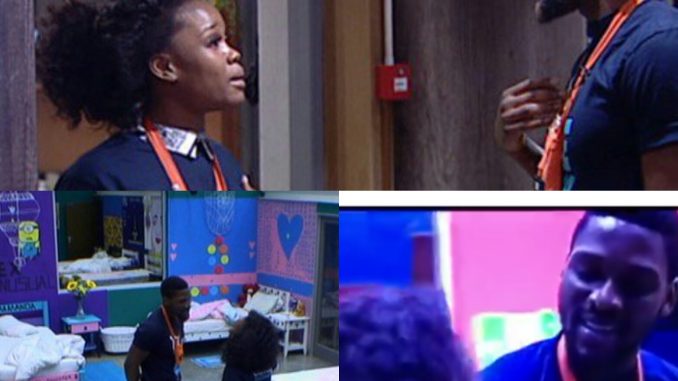 The big brother house was laid in flames as biggie gave the housemates a task to carry out.

In a bid to carry out the task, former head of house, CeeC shared the housemates into groups but Tobi refused to be in her group.

But Interestingly Tobi acknowledged the fact that he triggered Cee-C as he got to discuss the drama with Nina .