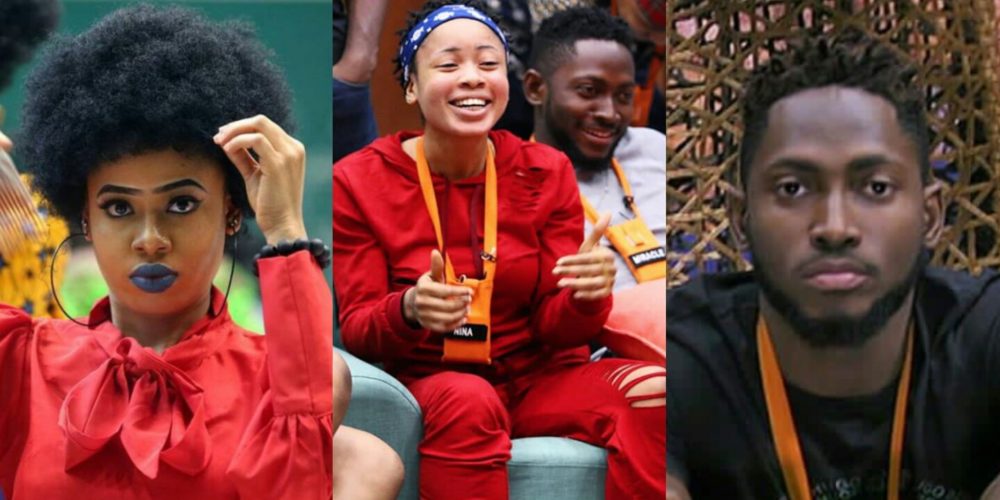 While the rest of the Housemates were turning down for the night and getting ready for bed, Nina and Miracle were engrossed in a fight that had them both declaring “I’m not happy”.

The cause of the midnight rumble, which both termed a discussion and not an argument, is Nina’s attitude towards Tobi and Alex, as well as her being, according to Miracle, a person he doesn’t recognize.

Stating his issues bluntly, Miracle revealed he was incensed at a comment Nina passed earlier, where she had called his close friends Tobi and Alex “them”.

Miracle had earlier in the day spent time with Alex and Tobi in the jacuzzi, where they had discussed, amongst many other things, Nina and Cee-C.

“I don’t take sides and will not where drama is concerned seeing as it is the last week, but I’m surprised by your attitude. When did Tobi and Alex start being them?” he asked.

Nina made it a point to reference how Alex and Tobi had told him she is using him to play the game and that their romance is not genuine, as a catalyst.

“Since Tobi told you this, you have this mind-set that I am not real. Don’t let him fill your head with things that are not true. When we leave this House, you will find out who your real friends are,” she said, ominously.

Miracle didn’t take kindly to Nina’s remarks and warned her to never imply another man was telling him how to behave.

“If you’re saying Tobi is filling my head, then I’ll be really angry with you. Trust me. You’re insulting me. I see you changing and that’s a fact”.

Nina seemed taken aback by this attack and sniped right back, reminding him how he has also changed as the Game grinds to a halt.

The two went around in circles for a while, until Miracle cut it short and decided it would be better to speak about the issue outside the House without cameras rolling and millions of eyes watching.