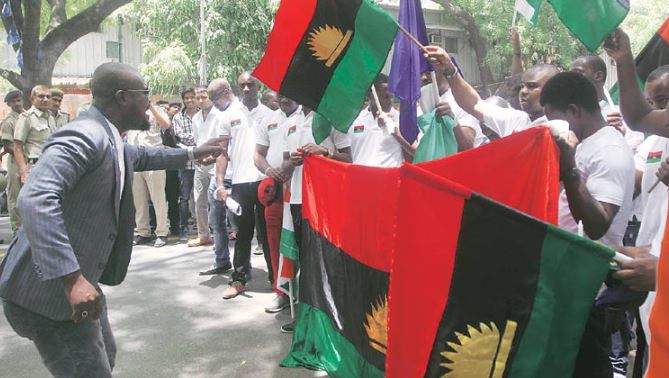 A group identified as the Biafra Nations Youth League, BNYL, has declared that it would attack the rampaging herdsmen terrorizing the country.

The group was reacting to the recent attack on Avar Mbalom in the Gwer East Local Government Area of Benue State where 19 persons were slaughtered including reverend fathers by the killer herdsmen.

According to Daily Post, the group, in a statement signed by its leader, Princewill Richard, on Thursday condemned the attack and warned of a possible fight back should any of the Eastern states be attacked.

The statement said, “Herdsmen menace has become a thing that bothers our Organization, we talk about it and how to tackle those sponsored ones almost everyday.

“I want to make it known that any sponsored attack in any of the Eastern State especially areas bothering Benue, such as Cross River, Ebonyi and Enugu, we will launch a surprise attack on them.

“We have nothing to fear, we are battle ready.”

The group warned the security agencies against arresting any of its members due to the threats, stressing that no amount of intimidation will stop its members.

Share
Facebook
Twitter
WhatsApp
Previous article‘Transhumanist’ Opens Up On How He Modified His Entire Body To Evolve With Technology & Time (Photos)
Next articleUnbelievable: Meet The Completely Blind Man Who Can Skate And Even Perform Tricks (Photos)
- Advertisement -