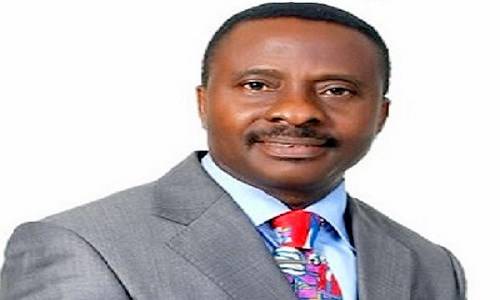 Rev. Ayokunle Olasupo, President of Christian Association of Nigeria (CAN) and the Nigerian Baptist Convention (NBC) has said that the herdsmen, Boko Haram and other militia groups are more powerful and tactical than the country’s security agencies.

According to SaharaReporters, Rev. Olasupo said this while speaking at the pre-convention briefing at the Rivers Baptist Conference International Camp Ground, Ndele, in Emohua Local Government Area of Rivers State.  Olasupo Ayokunle, CAN President

Rev. Olasupo said, “Lawyers have been speaking that the issue of self-defence is constitutional and also common sense, which may not be common, because if you see somebody coming with dangerous weapon to kill you and you say it is not constitutional to defend yourself, then you must be ready to lose your life.

“Don’t be naive. If these marauders appear to be more powerful than the government and they cannot save us from them, then we save ourselves.

“For about nine years now, these people have continued to kill and it appears like they have more guns and tactics than the security agents to be able to continue.

He also charged Christians to actively participate in Nigerian politics in order to foster development and change in the country.

He said the participation of Christians in politics is crucial as he stressed that Nigeria was being governed by persons who do not have the fear of God and lack compassion and vision.

Share
Facebook
Twitter
WhatsApp
Previous articleLove In The Air: Check Out How Teddy-A Celebrated His Lover Bambam On Her Birthday (Photo)
Next article#BBNaija: ‘Presidency’ Reacts To Miracle’s Victory
- Advertisement -