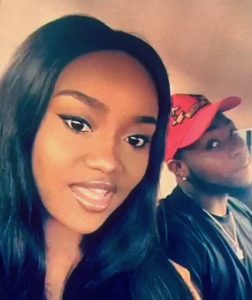 Words on the streets say Davido has been dating his girlfriend Chioma for 5 years. However, we only recently started hearing about Chioma and the relationship became even more real to us, after Davido dedicated a song ‘Flora my Flawa’ to her.

The love Davido has for Chioma is undeniable. Davido doesn’t let a chance to flaunt her on social media slide. Today is Chioma’s birthday and as expected Davido is gushing about his plans for her. The singer took to Twitter to wish her happy birthday as he confronts guys who are afraid to show their love for their women.

I also want to show someone's daughter off like Davido is doing to Chioma, i am just waiting to have 2 baby mamas first.