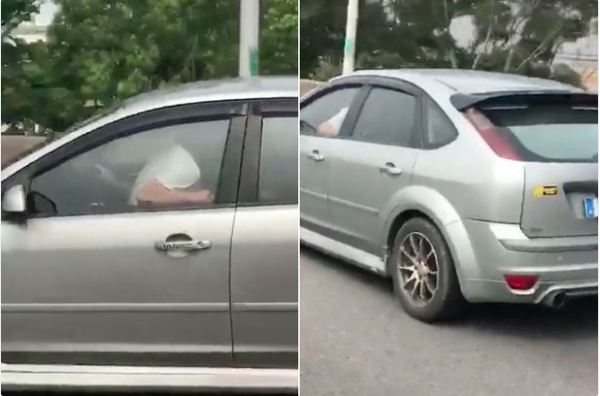 A couple were caught appearing to have sex in the driver’s seat of a Ford Focus as it sped along a motorway. The footage was filmed by a passing car’s passenger in Taiwan, who was shocked at the driver’s dangerous antics.

A footage posted online shows their vehicle overtaking a silver Ford Focus, whose driver’s seat is on the left of the car.

A woman can be seen sat on top of the driver facing away from the steering wheel and moving up and down rapidly.

While the actual driver’s face is not visible in the footage, the woman wearing a white T-shirt appears to be rocking rapidly up and down, apparently having sex with the driver.

It is unclear how long the couple’s alleged sex session lasted, but Taiwan’s National Highway Police Bureau said the motorist could be fined up to 24,000 TWD – about £580 – for dangerous driving.