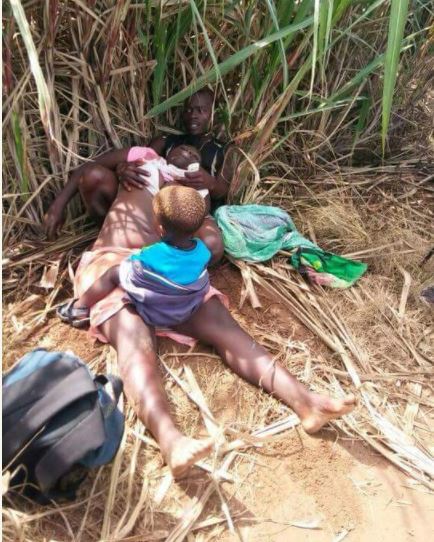 The scene of the incident

A 21-year-old woman has lost her life after she was stabbed to death in front of her two-year-old child and husband during a robbery in the Cottonlands area of South Africa on Tuesday.

At about 11:58am, a motorist was driving along an unused dirt road when he noticed the toddler sitting on top of a bleeding woman. The man drove to the RUSA Operations Centre in Verulam and reported the incident.

Reaction officers and paramedics were dispatched to the area and after a brief search with the SAPS, the victim, her child and husband were located alongside a sugarcane plantation.

Medics attempted to resuscitate the woman but she died at the scene. Her child, who was seated on top of her body, had to be removed by officers.

According to her husband, the couple was on route to their home in the BS Farm area when they were approached by two men, who robbed the woman of her Mobicell cellphone.

One suspect then drew a knife and stabbed the woman on her back before fleeing.

Reaction officers are in the area and currently searching for the suspects. The RUSA helicopter will be lifting off shortly to intensify the search for the murderers. 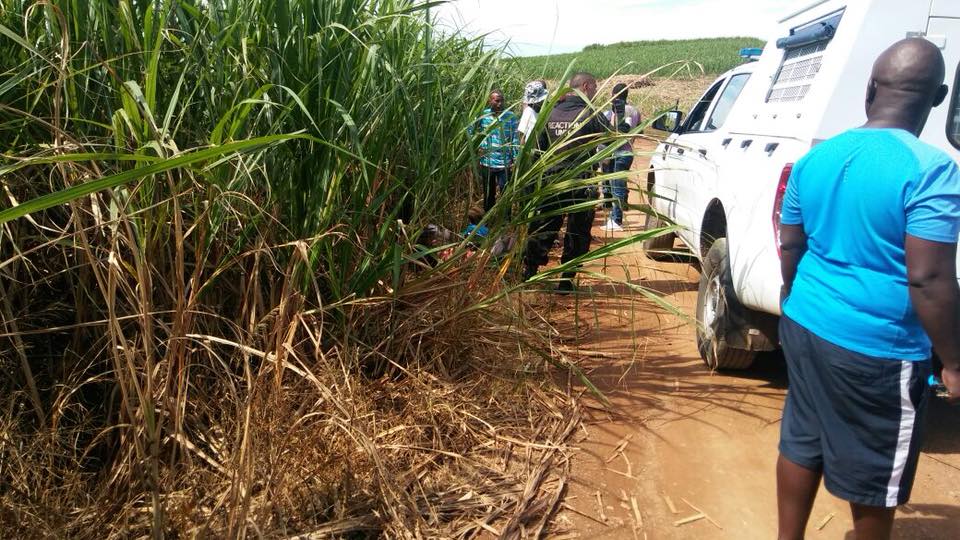 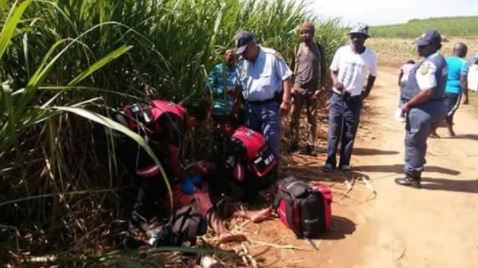 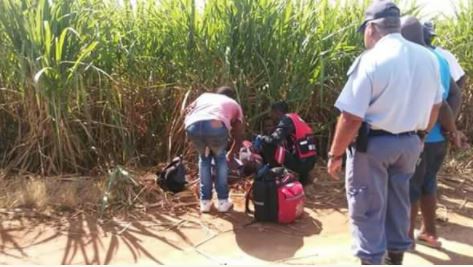