Dwayne Johnson popularly known as “The Rock” has responded to a Nigerian Twitter user, Wale, who hailed the former for using a Nigerian name, “Davis Okoye” in his latest movie, RAMPAGE.

The star of the Rampage movie also went on to highlight that his character in the movie was adopted by a Nigerian family hence the name Davis Okoye. 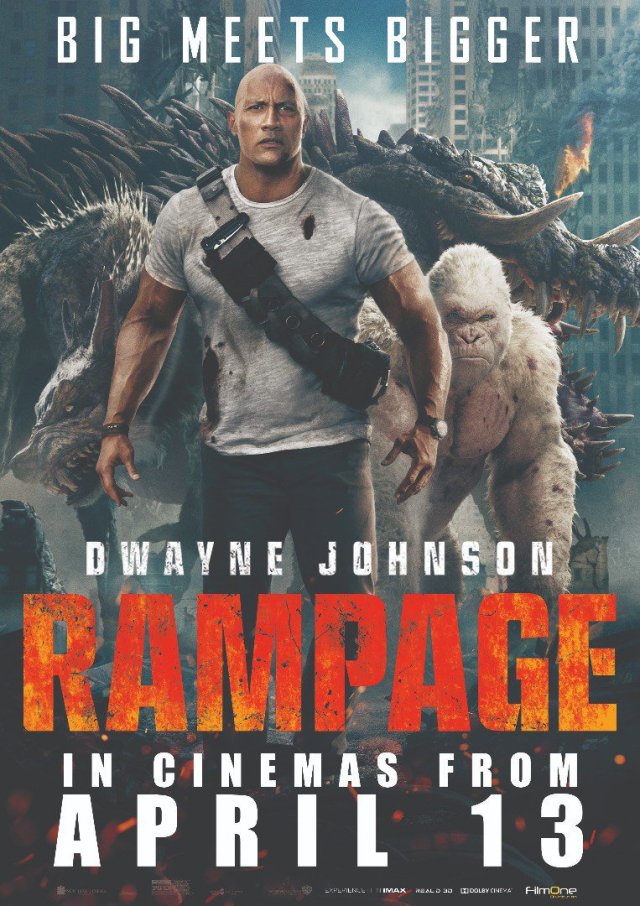 The Rock stated that he wanted his last name to pay homage to NFL football player ‘Christian Okoye’.

The Twitter User wrote: “This is the year of Nigerians in Hollywood! The Rock stars as Davis Okoye in #RampageTheMovie. In Cinemas from April 13th #BigMeetsBigger”.

…and Dwayne responded thus: “Yes sir, happy you picked up on that. Since my character was adopted by a Nigerian family, I wanted his last name to pay homage to one of m all time fav “@NFL football players – the “Nigerian Nightmare” Christian Okoye. Enjoy Rampage.” 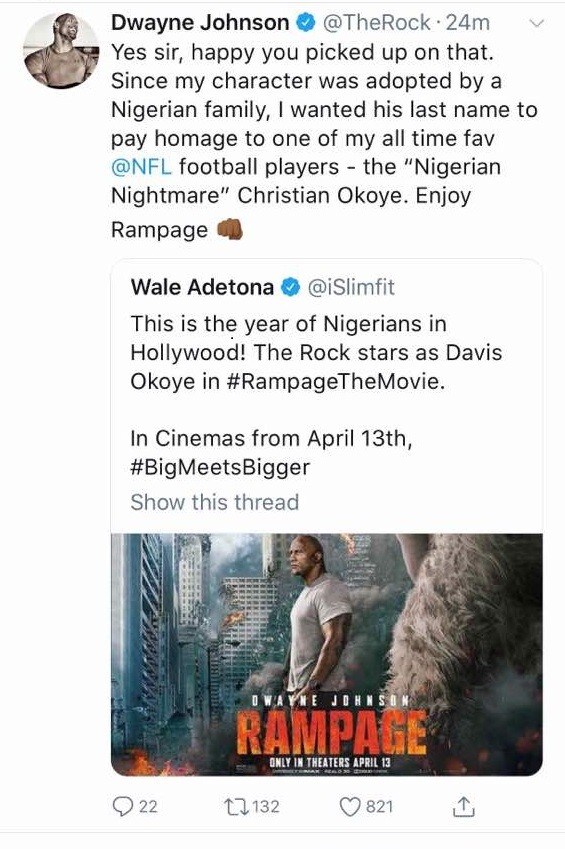