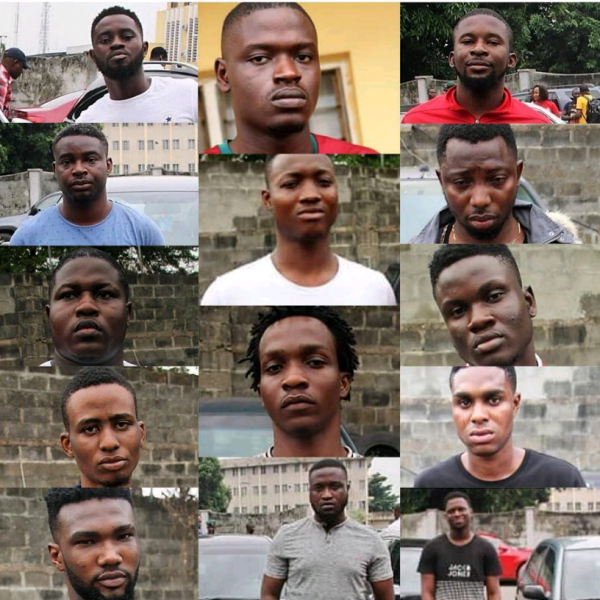 The suspects were arrested in the Badore Seaside, Ajah, Lagos State, following intelligence report received by the Commission about their activities. Items recovered from the suspects include exotic cars and laptops.