Throughout the history of the NBA, there has been a great deal of superstar duos teaming up together with the shared vision of winning an NBA championship. Ben Simmons and Joel Embiid have united this season to create as formidable as a superstar duo as they come, and the scariest part is that Simmons is only 21 and Embiid is 24. The two carried the 76ers to the third seed this season, defying all expectations, and they have advanced to the second round of the playoffs. The 76ers won 52 games this season. The same franchise won 10 games in the 2015-2016 season.

Let’s compare Simmons and Embiid to some of the greatest 1-2 punches we have seen in the past. There were so many options to consider, but we trimmed it down to some of the elite pairings that Embiid and Simmons are ultimately chasing. 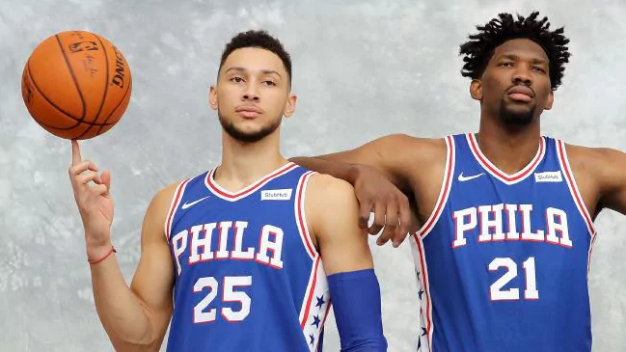 Michael Jordan and Scottie Pippen: To say Simmons and Embiid are chasing Jordan and Pippen already is a bold statement, but the truth is that the Sixers had a tremendous season this year. The dominance that Simmons is already showing his rookie season is reminiscent of the greats such as Jordan and LeBron James. Jordan and Pippen won six championships together. They had the best basketball player ever in Jordan, who averaged 33.4 points per game in the postseason. That is not to take away from Pippen who averaged 7.7 assists per game and 18.1 points per game. Jordan and Pippen were phenomenal defenders and competitors like Embiid and Simmons. This is the duo that Embiid and Simmons need to beat out if they want to be known as the best ever to play together.

Kobe Bryant and Shaquille’ O Neal: These two won three NBA championships together and are two of the greatest basketball players of all time. However, the two famously feuded, which ultimately led to O’ Neal being traded to the Miami Heat and the firing of Phil Jackson. What I believe will deter Simmons and Embiid from clashing at any point is the fact that the two came into the league together. Shaq came into the NBA in 1992 and was already established as one of the most dominant players in the league. Kobe came into the NBA in 1996 and was hungry to become one of the best. While Simmons and Embiid will most likely not battle like these two, it will be interesting to see if they eventually win as many rings as Shaq and Kobe in Los Angeles. Embiid’s game is similar to O Neal’s in the post, but his shot is way more advanced at this stage of his career than Shaq’s ever was. Simmons and Kobe’s games are similar as well, but one critique of Kobe has long been his lack of passing. Simmons has dubbed himself as the rookie triple-double king this season, averaging 8.2 assists per game his rookie season compared to Kobe’s 1.2 assists per game.

Magic Johnson and Kareem Abdul-Jabbar: This is one the best pairings to every play the game of basketball. There are many comparisons to be made with Simmons and Embiid. Let’s look at the height of Johnson. Johnson stood at 6’9, which allowed him to see over his defenders and create plays for himself and Abdul-Jabbar. Similarly, Simmons is 6’10, which gives him the same advantage as Magic had and allows him to space out the court and feed Embiid as well. Johnson, who is fifth all -ime in assists, and Abdul-Jabbar who is number one on the scoring list and third in blocks, won five NBA championships together. Simmons and Johnson both share the same elite basketball IQ, which will most likely propel Simmons among the greats. Embiid and Abdul-Jabbar both share the same ability to score at any time. Embiid averaged 22.9 points per game this season and was named a starter in the All-Star game in Los Angeles.