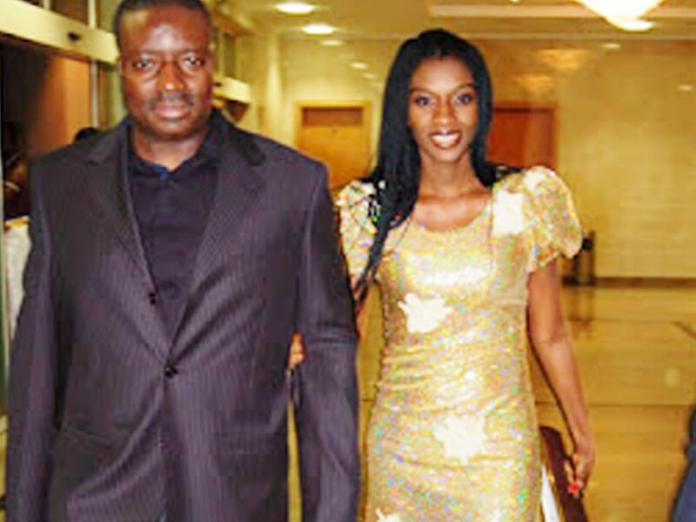 Hardly anyone knew when sour music stole into the wedlock of Fred Igbinedion and his wife, Dunni Bisiriyu. But everybody knows when their marriage crashed. It was the worst thing ever. Friends and family watched in dismay as the harsh notes intruded the couple’s joy leaving them a mess of a peculiar mess.

When they got married few years ago, many people thought that their wedding was made in heaven; but they were wrong, they were not compatible. Besides their irreconcilable differences, Fred lived on his father’s glory while Dunni had her eyes out.

Even if she has not completely got over it or plainly told the world that her marriage has gone south, Dunni is learning to live happily with her single status. Married to Fred, the son of the Esama of Benin, Gabriel Igbinedion, at an elaborate wedding years back, Dunni’s nuptial was a union bordering on the utopian – a fantastic business, a successful hubby, a luminous presence on the Lagos high society and an easily recognisable name that can turn a cage fight into a cocktail party -among other perks.

They were the envy of many couples. Together, they put concerted efforts and conspicuous energy into making the marriage work. They were supposed to live happily ever after or so the world thought. But when cracks began to surface in the marriage, starting with the abrupt reversal to her maiden name, tongues began to wag conjectures and presuppositions. The rumour mill went into overdrive. From blogs to the mainstream media, the news of her suspected marriage upheavals travelled at Internet speed when they stopped attending events together.

Yet, she did not bother to counter all that with explanations. Life must go on, she must have reckoned. For Dunni, the Fred chapter, with all the good memories that will come with it, may have been closed at least for now, if not forever. Interestingly, Fred met Dunni at the University of Ibadan while he attended a Polo tournament in the Oyo State capital city with a friend. It was love at first sight for the couple. So smitten were they with each other that they couldn’t bear to part at their first encounter and afterwards. It was hardly surprising, therefore, that their brief encounter in Ibadan, culminated in wedlock. That marriage is no more now, and the once dashing couple with an enviable love story are estranged from each other. Sad!