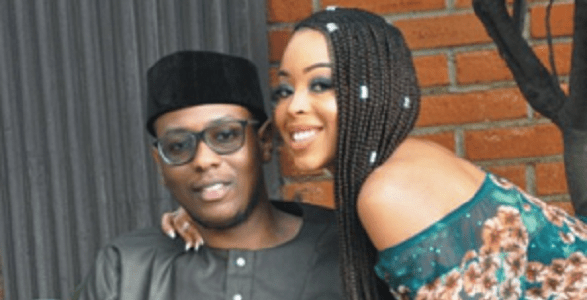 Gbenga Daniel’s eldest son Adebola Irede Daniel became paraplegic at the age of 5, but he didn’t let this deter him.

In 2017, he bagged a Master’s degree with Distinction in Mechanical Engineering from the University College, London (UCL).

Debola bagged a Bsc degree in Mechanical Engineering from University of Surrey and went on to UCL for his Masters programme.

He is one of the most efficient automotive drivers.

One of his posts sometime in 2017 reads:

“I was born into a very comfortable home, with both amazing parents and without a disability.

“However, when I turned 5, I was diagnosed with Paraplegia – a rare condition with no medical clarity. I became confined to a wheel chair.

“Growing up in Nigeria, I unconsciously associated disability to poverty and crime, to amputated beggars on the streets mostly as a result of Sharia Law subscribed to in the North. T

“That was the general opinion of most Nigerians in my social circle as a child.

“Having myself become physically challenged, I was exposed to the stigma and assumptions that came with being ‘disabled’ all of a sudden,

“I was looked at with pity, with judgment and sometimes with resentment by my fellow country men.

“As I became an adult, I began to realize that the onus was on me to make something of myself and create my life and future the way I envisioned it.

“My future is, and would always be in my own hands”.

He also mentioned preparations are in top gear to officially engage his Jamaican lover, Natasa Morrison.

Debola recently spoke with City People’s Assistant Editor, SUNDAY ADIGUN, on his life, his father and how he is set to engage his lover next year.

Excerpts from the interview below:

Tell me about your life as OGD’s son?
It’s a normal life, there is nothing special about it, we go to school and finished like everyone else, Daddy has always raised us in a way to make sure that we don’t think of ourselves being better than anyone else. We are the same as everyone else, we are first and foremost an individual before any tags, so it’s a normal life, and thanks to our parents.

Tell me about your girlfriend?
My fiancee is amazing, she is wonderful, she would be surprised soon. She doesn’t know it coming, but it’s coming soon, hopefully about this time next year we would be celebrating it big.

What can you say about Otunba Gbenga Daniel’s political aspiration?
I always say to him to do what he thinks is right, Daddy never gets involved in anything unless he believes in it, and once he believes in it I also believe in him, it’s as simple as that.

When your dad was in power, where were you and what role did you play?
At the time when he was in power, I was in secondary school and not in Nigeria, so I experienced it from a distance, having that kind of position in power is very inspiring when you have a parent who can network and talk to the powers that are ruling the country, it opens a lot of doors for one to be sincere, it was a humble experience.