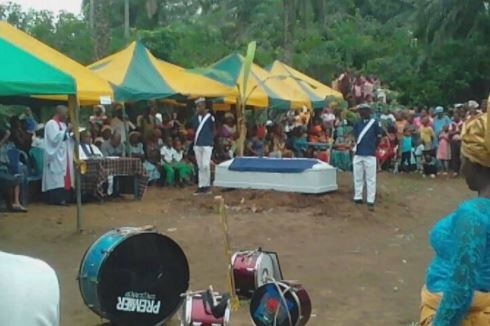 It has been reported that a mere 12-year-old boy who was a member of the Boys’ Brigade has been killed.

The boy was killed while on active duty at a burial by an ambulance.

Local reports show that  the boy identified as Ikechukwu Chijioke, was hit by an ambulance conveying a corpse while beating a band at the burial program they went for in Abia state.

The deceased was laid to rest amid tears as his family, friends and fellow Boys’ Brigade members graced his burial.

Fast Ahead Of My Arraignment, Nnamdi Kanu Tells Supporters