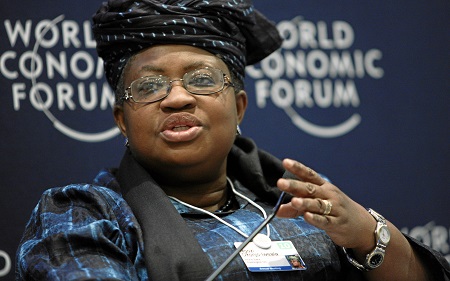 A former Coordinating Minister of the Economy and Finance, Ngozi Okonjo-Iweala, has revealed how a former governor of Niger State, Babangida Aliyu and his counterparts ‘wrongly’ advised former President Goodluck Jonathan to announce the withdrawal of fuel subsidy on January 1, 2012.

The announcement caused bloody protests across the country, which forced government to backtrack on the price increase.

In a new book, “Fighting corruption is dangerous: The story behind the headlines”, Okonjo-Iweala recalled how the move was “ill timed and wrong.”

She wrote, “There were some debates within the Economic Management Team as to whether fuel subsidies should be phased out in stages or in one fell swoop. The consensus was that experience in Nigeria had shown that even a small partial phase-out would draw the same large protests as a complete phase-out, so the feeling of the team was, ‘why die in stages?’ Perhaps, it was better to do all at once. There was overwhelming agreement that such an action would require a period of communication and education of the public, to build a larger consensus on the matter. To this end, an important televised public debate was organised in Lagos. The feedback from participants was that the public felt better educated about the benefits and drawbacks of the subsidy. It was clear that the audience felt that there was a lot of fraud in the system.

“The debate took place in early December 2011 and it was agreed that the remaining public debates would take place after the Christmas and the New Year holidays.

“There was a tentative understanding that January to March 2012 would be used for further debates and communication with the public with a tentative implementation of the subsidy phase-out in April 2102.

“On the morning of December 31, I received a shocking call from my friend and colleague, Professor Sylvester Monye, special adviser to the President on Performance Monitoring, telling me he had just heard something strange and was calling to check if I was aware of it. He had run into a senior official from the Nigerian National Petroleum Corporation (NNPC) who told him that the president was going to announce the phase-out of the fuel subsidy on January 1. I was taken aback. It made no sense in the light of the agreement we had reached to educate the public further before implementation.

“I tried all day December 31 and stayed up all night trying to get the president but I was told by ‘Control’ that he was unable to speak on the phone, even though he was always exceedingly generous in taking my calls.

“One of the most interesting questions in my mind was who had advised the president to make the premature announcement on January 1 about phasing out the subsidy? I wanted to know because I had become the scapegoat for the action.

“It was not until a meeting of the NEC, weeks later, when the issue was under discussion, that Babangida Aliyu, former governor of Niger State and then chair of the Northern Governors’ Forum, bravely acknowledged that it was the governors who had urged the president not to delay any longer but to announce the subsidy phase-out at the beginning of the year. The mystery was solved, but, I found it incredible that none of the governors came to the rescue when the policy roiled the nation and that they were content to let others take the blame.”