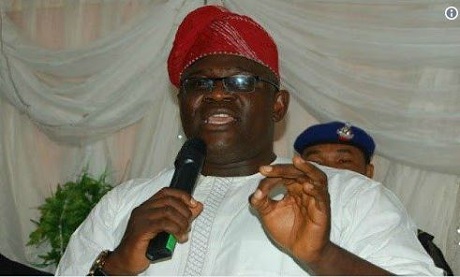 While the Oyo Assembly speaker slumped and died of heart attack barely five years after the demise of his wife, Imam who was an accomplished journalist died in the early hours of Friday at the Nziamye Turkish Hospital Abuja.

The Oyo State Government has declared a three day mourning for Adeyemo from Monday, April 30 to Wednesday, May 2, 2018 with the state governor, Senator Abiola Ajimobi directing that flags be flown at half mast during the period.

Saturday Sun reliably gathered that Adeyemo was confirmed to have succumbed to heart attack at the end of an autopsy conducted on his remains at the Anatomy Department, University of Ibadan. Medical experts that carried out the autopsy were said to have been led in the exercise by the Commissioner for Health in the state, Dr. Azeez Adeduntan, who is a cardiovascular surgeon.

As gathered, Adeyemo reportedly drove himself from his office at the Oyo State House of Assembly Complex,  Agodi, Ibadan to his official lodge at Agodi GRA on Thursday evening. But on his way, he was said to have felt uncomfortable, which made him to drive to the Jericho Specialist Hospital, Ibadan, where he was said to have been given some drugs after some examinations.

He reportedly drove back home and was fine till Friday morning. Sources said he spoke with his new wife and children who reside in the United Kingdom, and that they were billed to travel to Nigeria on Friday to spend the weekend with him.

Governor Ajimobi, who was on official assignment outside the state, had to rush down to Ibadan when the news was broken to him, and headed straight to the Anatomy Department of the University of Ibadan where the late Speaker’s remains were kept.

The governor described the death as a tragic loss for him and the people of the state. He said: “I received the news of the untimely passage of my brother, friend and dependable political ally, with grief and utter shock, this morning (Friday).