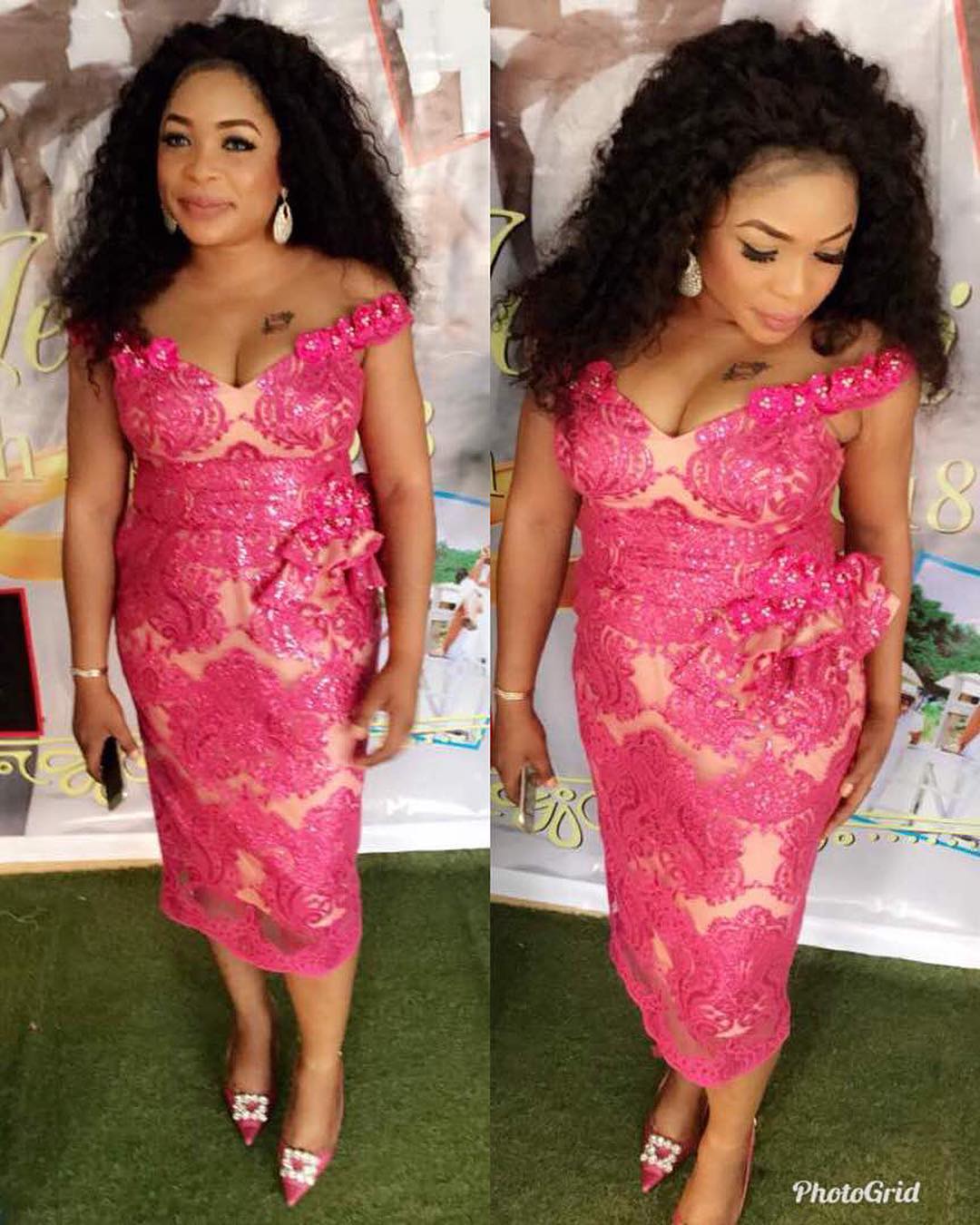 According to Kemi Afolabi, she tattooed her body out of youthful exuberance,”That was youthful exuberance. I got the tattoo before I became an actress. When I was in UNILAG, there was a woman who owned a boutique in school and she wanted me to be the face of the boutique. We were taking pictures when a guy that had a tattoo shop there told me that if I had a tiny tattoo somewhere on my body, it would fit me especially if I wore a spaghetti top. That was when I did it and I regret it now”, she plainly admitted.

When asked why regrets it, the light skinned Yoruba actress said, “it is because I am not that type of person. I do not really like it but I was too naïve then. I am very lucky about where it is. If it was on my hand, it would show every day but as it is on my chest, it is not too conspicuous. It is not every time that I open my chest and I am very lucky because most times when I am acting, the clothes I wear cover it up. It is quite tiny so even if I have to show some flesh, it can be concealed.”

She has also considered removing it,”Yes I have but someone told me that the mark would never go. They say that it would only be covered and what they told me was not too encouraging, so I just left it.”