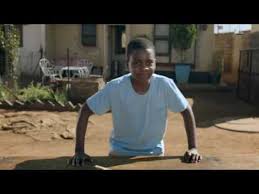 Welcome everyone to our new ad review series where we would be reviewing popular TV adverts. The Information Nigeria Ad Review series is focused on evaluating and critiquing ads created by Nigerian brands.

We kick started the series with reviewing some of the Adverts which aired on the just concluded Big Brother Naija reality TV show. We started with the Heritage bank ad and went on to do  the ‘Yum yum’ Samvita ad and for episode three(3), we have reviewed the the Dano step by step, glass by glass Ad.

Find below the third episode of this series where we review the Dano milk “step by step, glass by glass” Ad which also aired during the just concluded Big Brother Nigeria show

We talked about 5 points of focus in the ad.

The big idea: of drinking Dano milk and accomplishing all your life goals. In reality, drinking Dano doesn’t in any way equal Tennis playing prowess. NO

The script: The story telling vibes was on point. YES

Art direction: The tone and style were really consistent. From scene to scene especially how the training progressed. YES

Performance: The little boy’s facial expression matched every single emotions, to portray the whole idea of the ad. YES

Production: It was entirely clean and crisp.

So, we think this ad was a good one  and we give it 4 over 5. See the ad review below and let us know if you agree with us and what ad, yo would like us to review next.