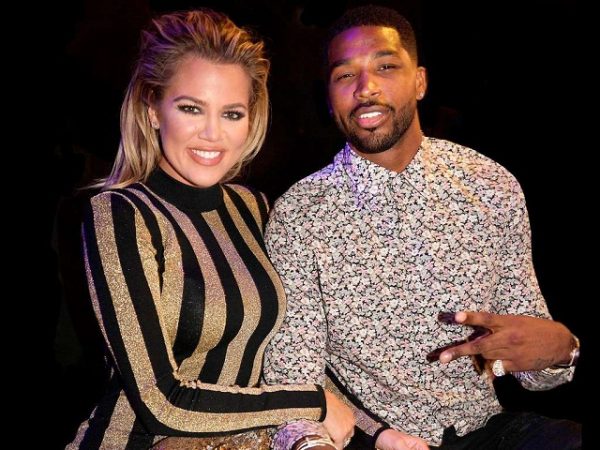 Khloe Kardashian has given birth to her first child – a baby girl – in Cleveland, Ohio, barely a few days after a cheating scandal broke between she and her troubled boyfriend Tristan Thompson.

The 33-year-old reality star welcomed her first child around 4am on Thursday at the Cleveland Clinic, with mom Kris and sisters Kim and Kourtney by her side.

Despite the cheating claims, Thompson was also present, TMZ reported.

Kardashian announced she was expecting in December with a photo on her official Instagram account, featuring Thompson cradling her pregnant belly.

“My greatest dream realized,” the caption read. “We are having a baby!”

It was reported earlier yesterday that Khloe may have started experiencing early contractions following news of cheating allegations against her boyfriend.

The baby’s arrival comes less than 48 hours after she obtained a video that showed the NBA star kissing strip club worker Lani Blair.

This all comes after Thompson spent the weekend hitting up a pair of New York City hotspots and holing up in his hotel room with Blair.

Thompson was seen with Blair, coming and going from his swanky residence for the weekend at the Four Seasons in Manhattan’s Financial District.

Thompson has quickly become a figure of derision on social media, with users flooding his Instagram profile to wish him every kind of imaginable misfortune.

“I hope you get diarrhea in traffic,” one user posted.

“I hope that the back of your ankles get hit with a shopping cart,” posted another.

While most of Thompson’s recent Instagram posts have received a few thousand comments, the most recent posting has so far attracted over 150,000 — and still the shade keeps being thrown:

“I hope your favorite shirt shrinks in the dryer.”

“I hope you hit your pinky toe in every corner.”

“I hope when you find a comfortable spot on the couch you see the remote across the room.”

Meanwhile, this is Kardashian’s first child and Thompson’s second.

The 27-year-old NBA star has a son, Prince Oliver, with ex-girlfriend Jordan Craig, who was pregnant when he started seeing Kardashian.

Prince turned one in December.