Lilian Afegbai has confessed to have taken full permission from Alex before sitting on Tobi’s laps for a selfie.

Fans however did not agree that Alex gave full permission because of the look she gave in the photo. 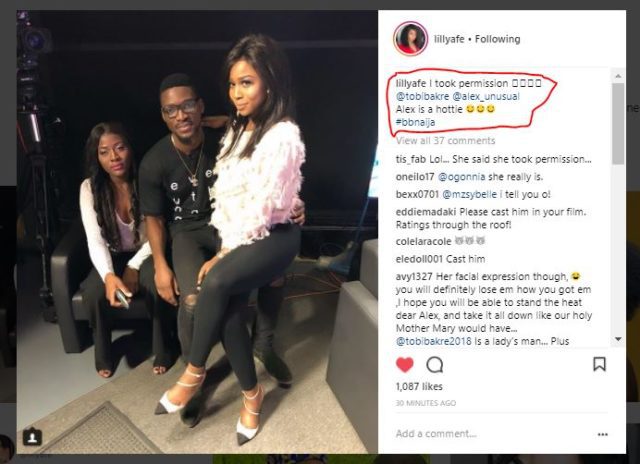 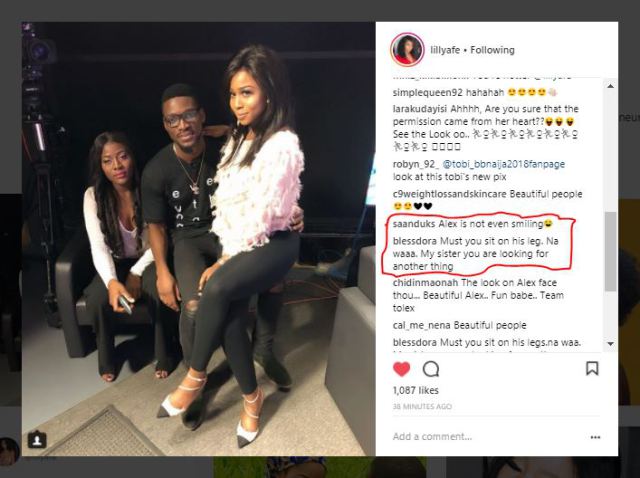 The former Big Brother housemate, Alex shared a recent photo which captured herself and Tobi smiling in a similar pose and a non Alex fan would have none of it.

The lady, identified as ami_pinky took to the comment section of the photo and expressed displeasure as regards her current relationship with the Tobi and tagged Alex a husband snatcher.

This attack of course did not go well with famous actress, Anita Joseph who replied the rude comment.

Check out Anita’s defense below: 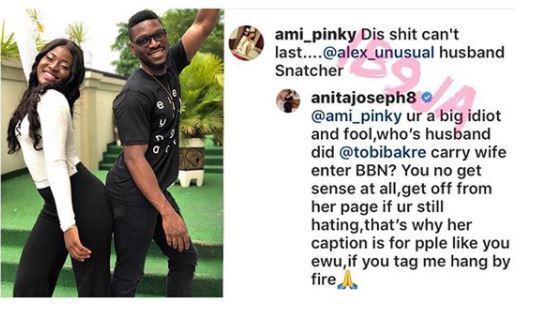 Share
Facebook
Twitter
WhatsApp
Previous articleNigerian lady shares how her mother’s way of chatting changed after she shortly moved to the US
Next article#BBNaija: Nina reveals she loves Miracle
- Advertisement - Ad ==> TRUTH FINALLY OUT! Discover how a young Nigerian graduate now makes a consistent 40k per week doing a legitimate online business. You too can start yours now, click here!!!

Nigerian senator, Dino Melaye has finally reacted to a comment made by Speed Darlington on his post. This is coming one week after Speedy reacted...
Read more

Popular Instagram blogger, Gistlover shared screenshots of the messages she received from a lady, whose identity was kept hidden. From the messages, it was gathered...
Read more
- Advertisement -