Now more photos of the armed men have emerged as they stand guard outside the building.

It would be recalled that few hours ago, Melaye was said to have been arrested on his way to Morocco at the Nnamdi Azikiwe International Airport but later found his way back to his house at 11, Sangha street in Maitama, Abuja.

All the entrance and exit of the high brow street where Melaye lives were cordoned off by security operatives.

The embattled senator was said to be inside his house as at the time this report was filed. But some of his aides were seen outside in close observation of the possible action the police may want to take.

It was said that the present police action may not be unconnected with the allegations of possession of illegal firearms and sponsorship of criminal gang preferred against the lawmaker.

Some senators who made effort to pay a solidarity visit to their embattled colleagues were denied access. 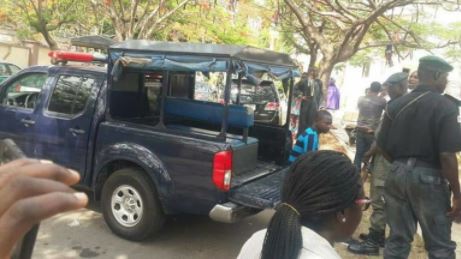 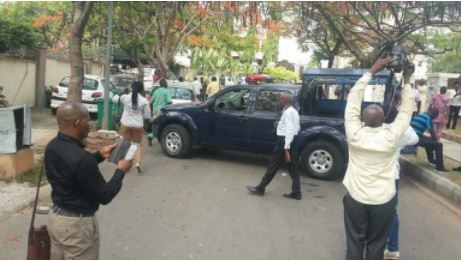 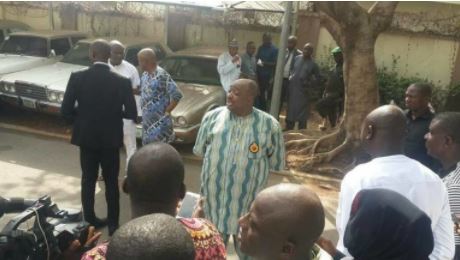