A Nigerian woman identified as Blessing Abeng has written an open letter to Chimamanda Ngozi Adichie after she questioned Hilary Clinton on her choice of Twitter bio.

Blessing, who said she mostly agrees with Chimamanda but doesn’t agree with her statement to Hillary Clinton, suggested in her letter, a different approach that can be taken to achieve the sort of gender equality where everyone is truly equal.

Blessing suggested that rather than push for feminism, egalitarianism should be the way to go, so that the rights of not just women, but also that of men, is taken into consideration.

Her post has gone viral with a lot of people agreeing with her opinion. One of those who agree with her is Betty Irabor.

After reading the Twitter thread by Blessing, Aunty Betty replied: “I just followed you.”

Read the thread below: 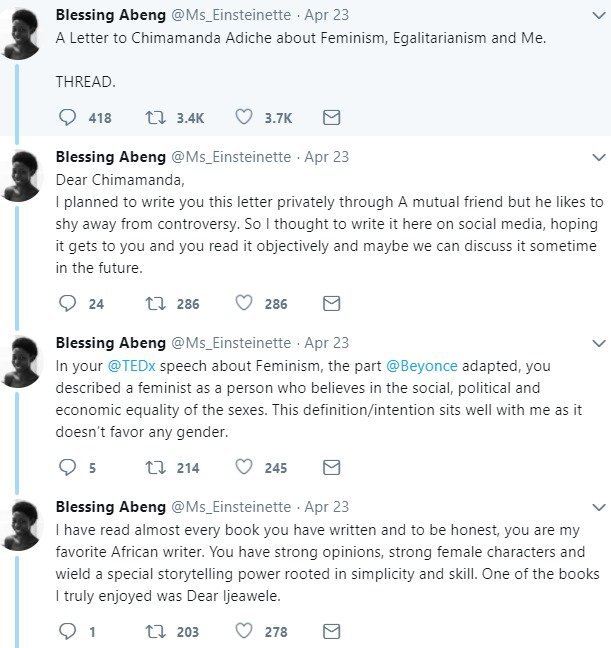 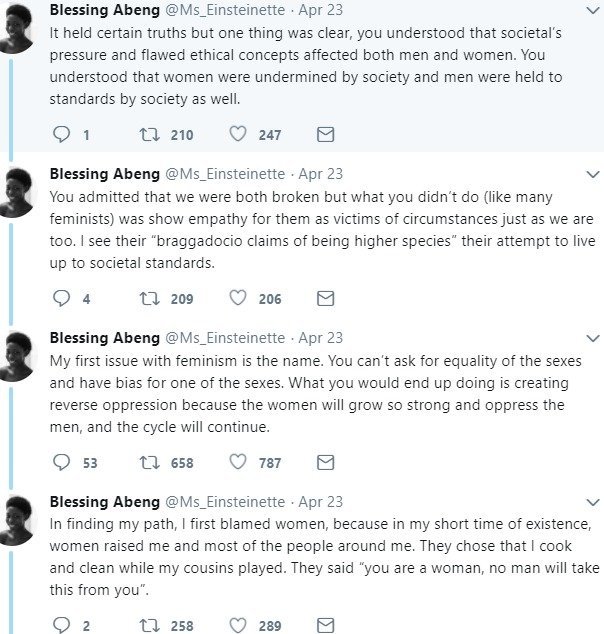 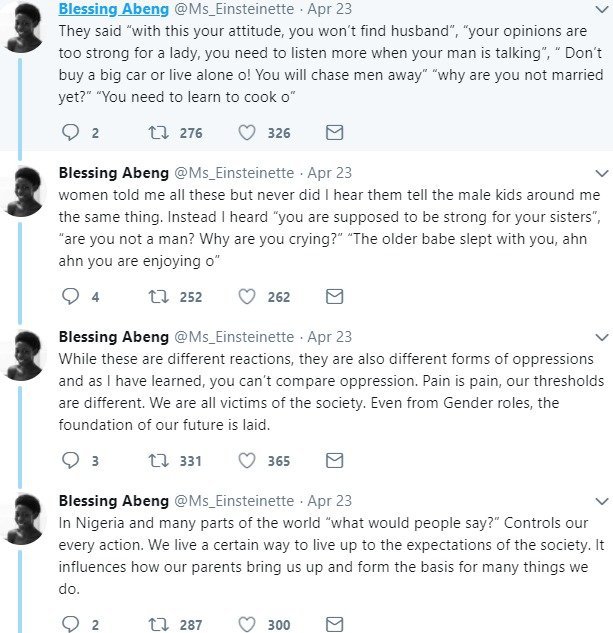 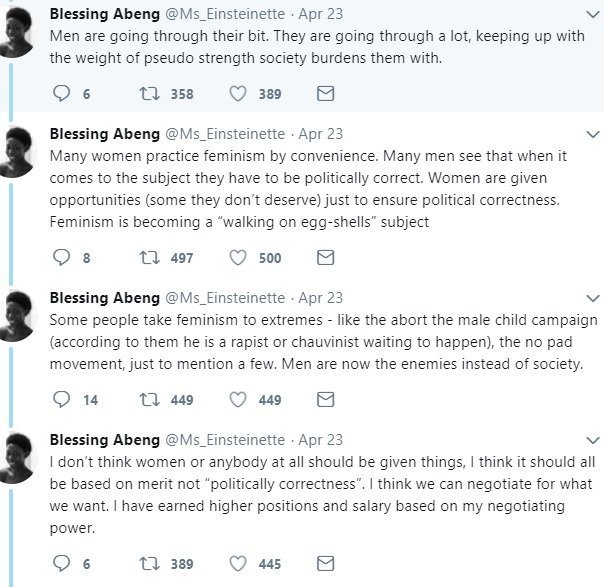 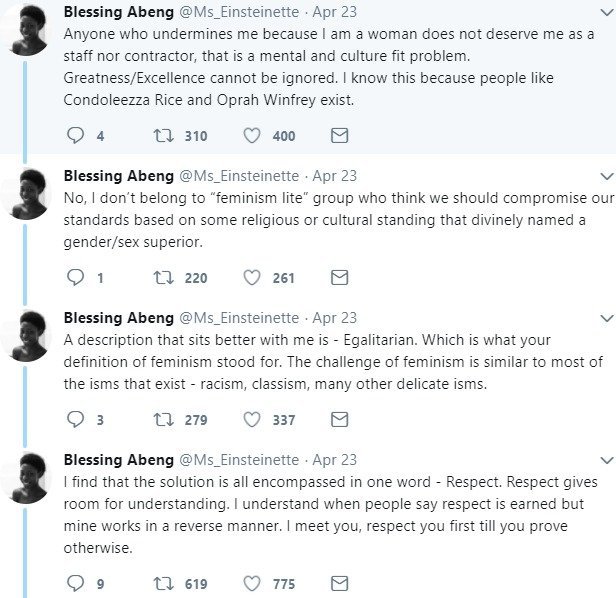 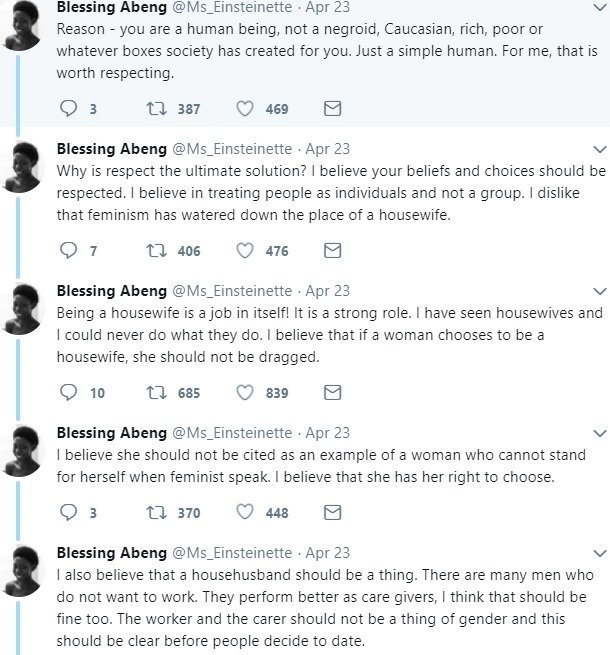 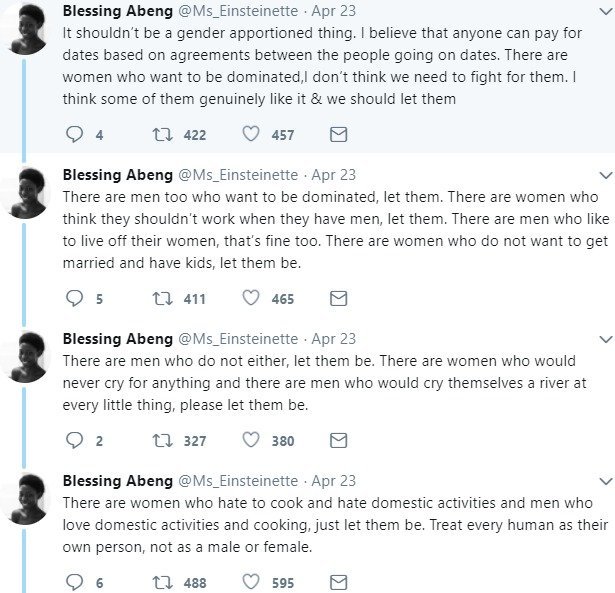