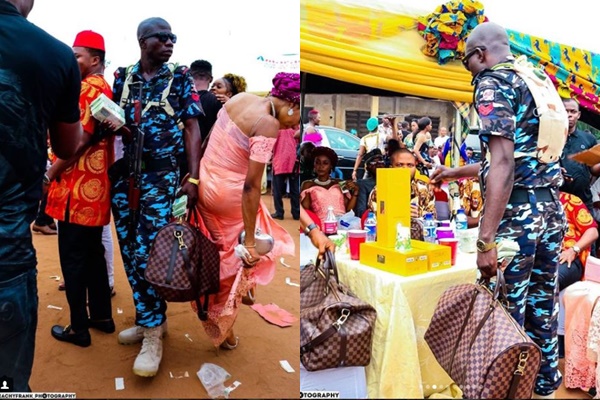 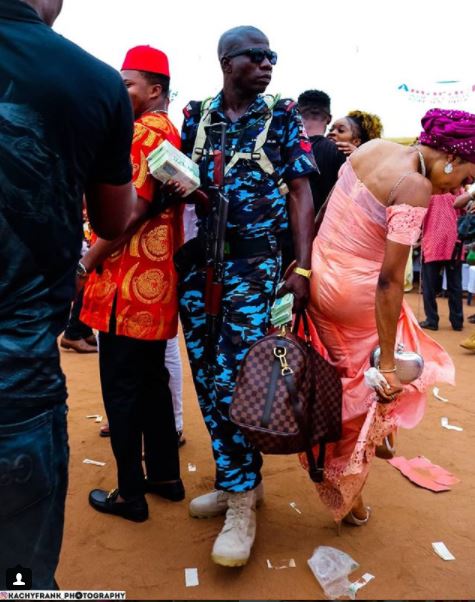 Nigerians who expressed disgust at the manner the police officer willingly offered himself to be used by the rich, remarked that such scenario brings disrespect to the force. At the wedding, the police officer could be seen holding a bag of money while following the man sheepishly as if he was a mere servant.

Many believe the photos depict how the police force has been reduced itself to nothing before the public. Nigerians also faulted the top echelon of the force for prioritizing the security of a few wealthy people while the poor masses who are in need of protection from robbers are left unattended. Nigerians have called on the Federal Government to do something urgently to avoid a repeat of such incident. 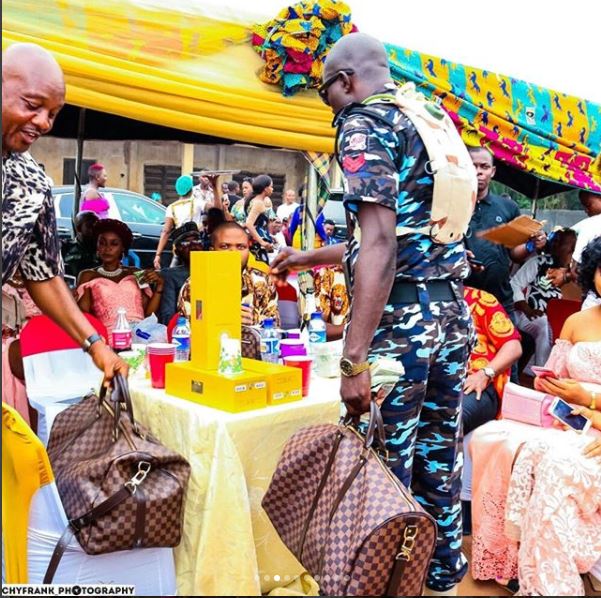 Recall that the Inspector General of Police (IGP), Ibrahim Idris, had in March ordered the immediate withdrawal of police officers attached to VIPs, political and public officers across the country. Idris noted that a memo would be forwarded to President Muhammadu Buhari for approval, which would serve as a guideline or template for deployment to VIP, political and public officers in the country.

It is not yet known if the police has restructured things to make its personnel more available to serve the people instead of a few rich Nigerians. 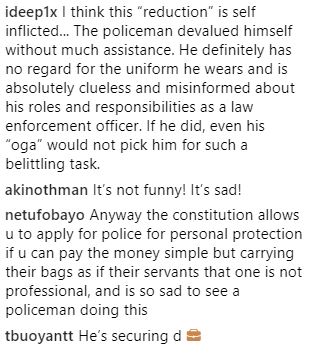 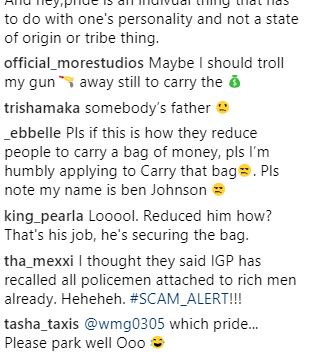 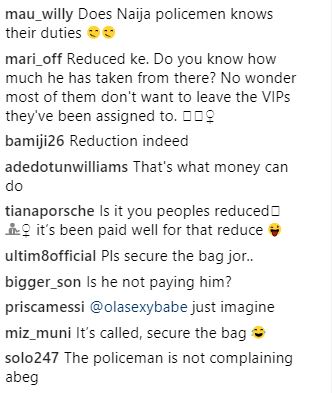 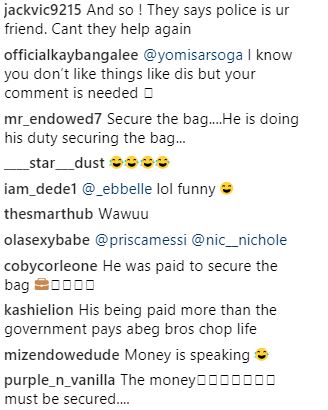