Head of states, President Muhammadu Buhari has arrived the country from London where he attended the Commonwealth Heads of Government Meeting (CHOGM).

The President returned to Abuja on Saturday evening – he’d travelled to London on April 9th shortly after declaring his intention to seek re-election in 2019. 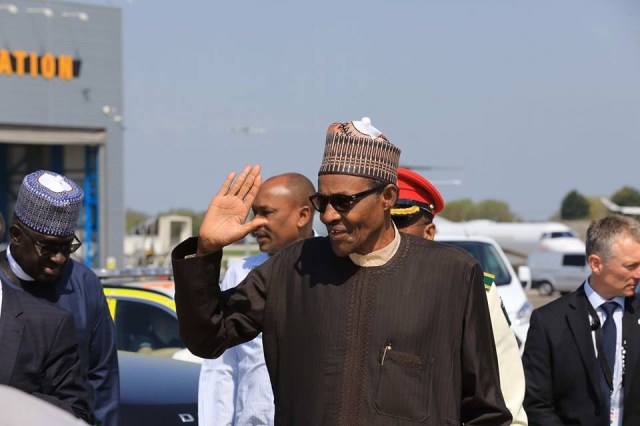 During his time in the UK, the president made a quite controversial statement concerning the Nigerian youths which had most of them on social media enraged.

The president had said some of the country’s youths are lazy – this notion, obviously didn’t sit well with many youths on social media, who took to the internet to air their displeasure.

A lot of youths began showing what it is they do for a living and how they’re not lazy et all – even celebrities joined the league in lambasting the President for making such a derogatory comment about Nigerian youths.

Well, he’s in the country now, so we’ll only see whether the issue will be adequately addressed.