New photos have begun going viral – it shows some South African worshippers kneeling at the feet of one Prophet Jacob in South Africa.

The photos which were shared on the Facebook page of Prophet Jacob Mackenzie of Empowerment City International Church in Bloemfontein, outraged a lot of people as they slammed the congregants for worshipping the prophet.

Social media user Neziswa Mtwecu said people should read the word of God more carefully and obey his commandment that Christians must not idolize anything or anyone.

“These people seem to be worshipping this man rather than God. Not acceptable at all.” 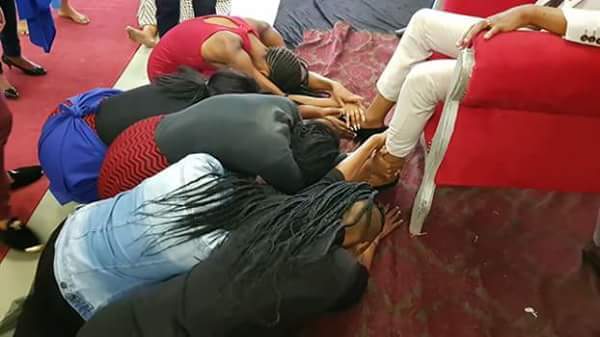 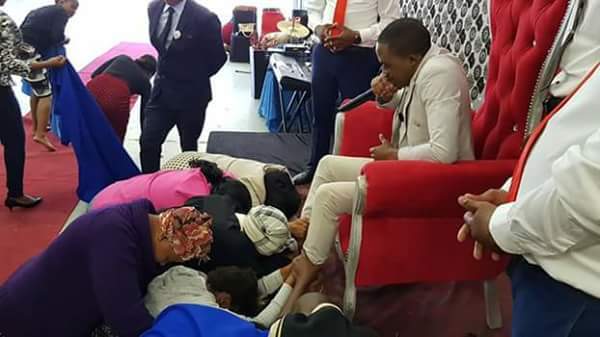 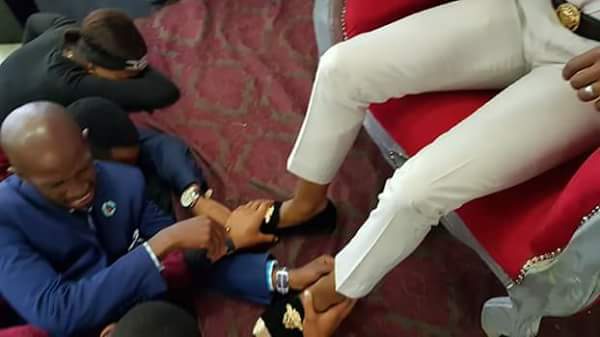