Sarz took to Instagram Live on Saturday night, April 14, 2018, to troll Mr Eazi, saying he has only one Fendi shirt.

Sarz is in trolling mode and he has set his sights on Mr Eazi. Reason? His Fendi sweat shirt. The popular music producer took to Instagram Live on Saturday night, April 14, 2018, to troll Mr Eazi, saying he has only one Fendi shirt. 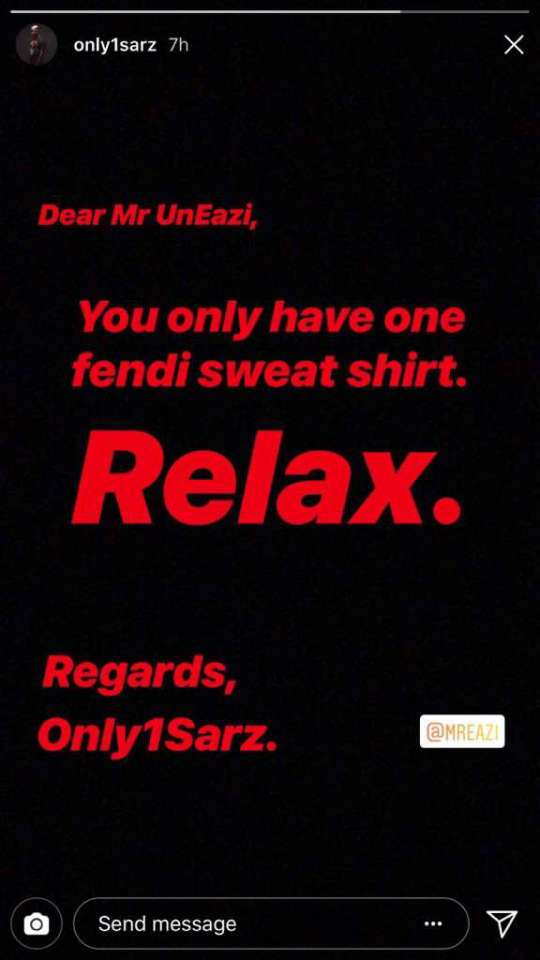 He shared the post in reaction to a picture shared by Mr Eazi where he is pictured rocking a Fendi sweat shirt while posing beside Jhene Aiko who is also rocking the designer brand.

Big Sean can also be seen in the Background. 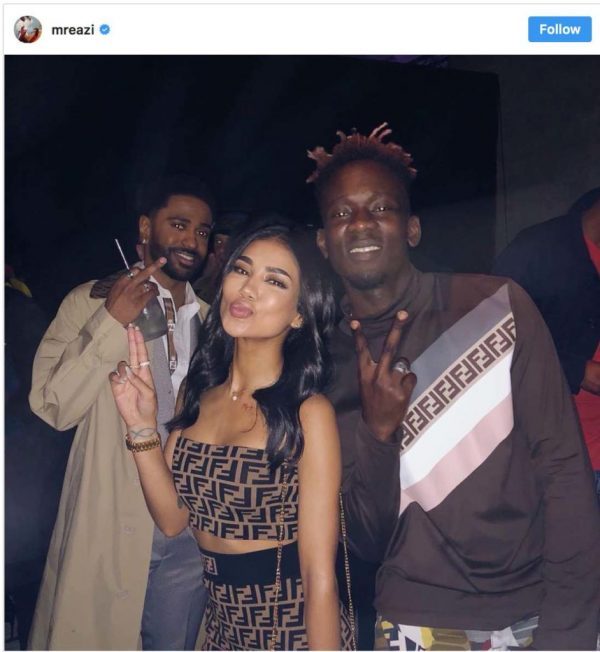 Of course, Sarz has since deleted the post but not before our prying eyes caught it, however, Sarz’s now deleted post does not detract from the significance of the “Leg Over” star’s post.

Mr. Eazi was among the celebrities who turned up for the Vanity Fair Oscar party and he was spotted with other celebs like Diddy, Drake and Tyler Perry. 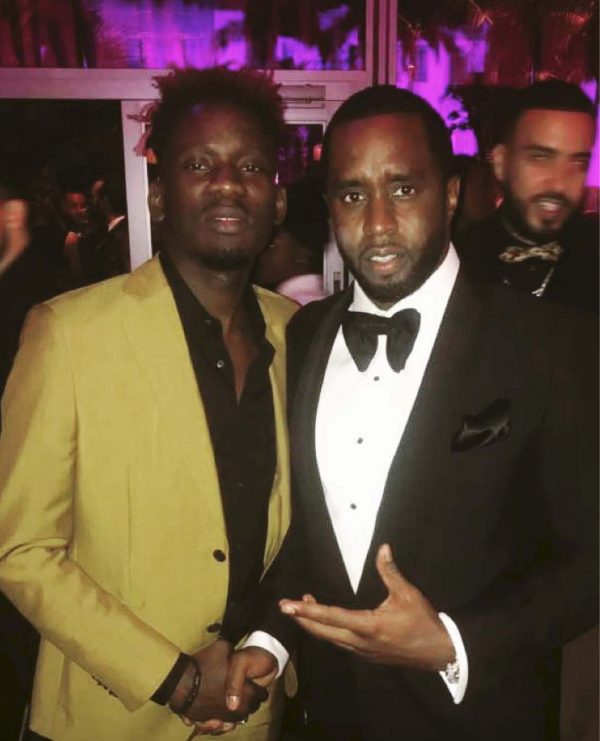 Mr. Eazi took to his Instagram on Monday, March 5, 2018, where he shared a couple of photos and video from the event.

He is seen with other celebrities including some members of the cast of the blockbuster movie, Black Panther. The Nigerian born music star was even a toast to the cameras on the red carpet for the evening. 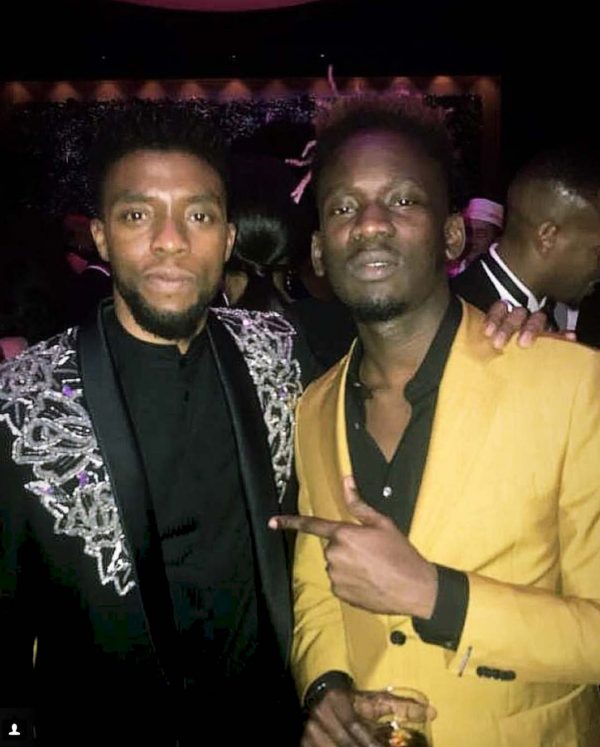 Hanging out with fellow celebrities and the bigger ones in America shows how far Mr. Eazi has gone with his blooming music career.

Making amazing music has always been the norm for Mr. Eazi as his latest single “Pour Me Water” has continued to receive massive airplay.