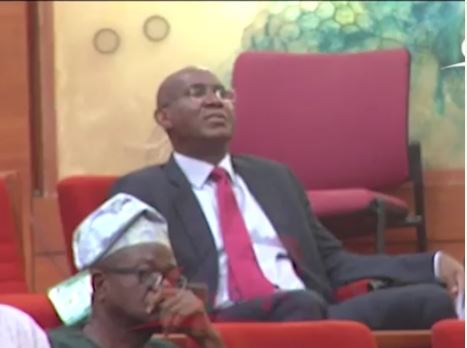 Ovie Omo-Agege sitting like a boss after the mace drama

A reporter observed that about 10 suspected thugs who came to the venue with the senator forced their entrance into the chamber.

Seconds later, the thugs ran out of the chamber with the mace causing pandemonium in the Senate. They left the National Assembly with the mace in a black SUV. 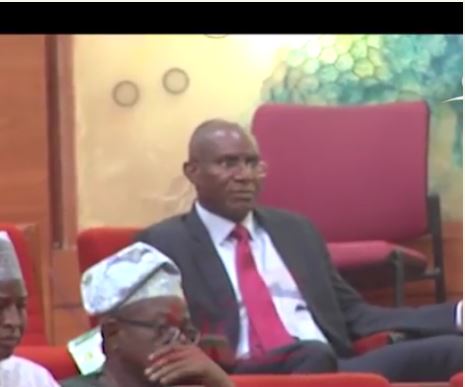 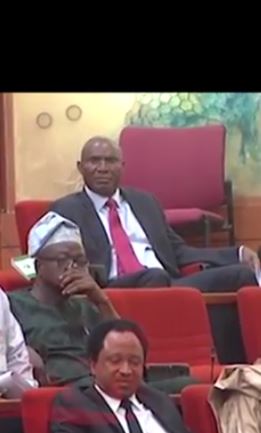 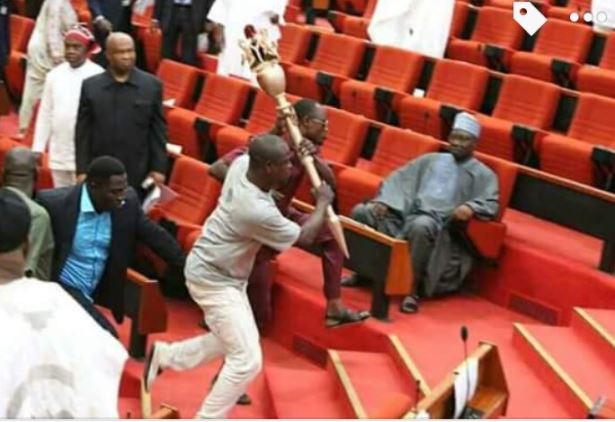 Senator Omo-Agege who is on suspension for 90 days by the senate maintained calmness while the session was thrown into pandemonium by the thugs.

The mace is the symbol of authority of the parliament. One of the security personnel at the entrance of the National Assembly said the thugs told him and other officers they were with the senator.