A South African lady identified as Umm Eesah has shared how she dumped her fiance.

According to her, she dumped him for always insisting on paying for everything whenever they go on outings.

While many women are praying for a man like her fiance, Umm Eesah sees him as somehow exercising control over her, a thing she doesn’t like.

”I was engaged to a man who’d never let me pay for anything. Like got mad AF when I bought things. I left hm because that may sound like a dream come true for some, but it’s a nightmare to be in fr. It’s not generosity. It’s control.

I knew that one-day he would tell me that I own nothing. That I owe him. That my son couldn’t be comfortable in our home because he was using this man’s things. I wasn’t here for that life.

He started hinting that I worked too hard. I should quit and take care of his books. When I asked what my salary would be he laughed. Said I don’t need a salary when there’s “our money”. Nah brah. Could never be me.

He bought me a new phone and sim card. It would be best if we were on the same network for free minutes he said. I saw that he just didn’t want others to have my number and also he’d have access to my itemized bill.

Then he would hint that we should go to Mac. He knows a lady who can sort me out. He’d like me to wear makeup all the time. You know, the business was picking up and we had to appear a certain way. I’m a jeans and T kinda girl. He met me as such.

Everytime I’d say no, he’d buy me things. I don’t want to grow my hair, he got expensive flat irons. I don’t like heels, he showed up with an Aldo box. . . It never stopped.

For some reason this man thought that by putting a ring on my finger he could now shape me into a mould of his own design. I saw through it all. I’m really thankful that I did or who knows how my life would be today”. 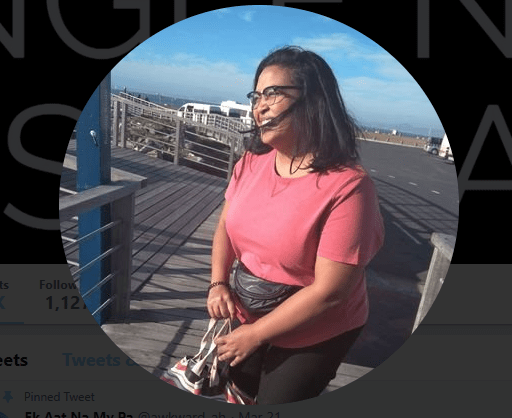 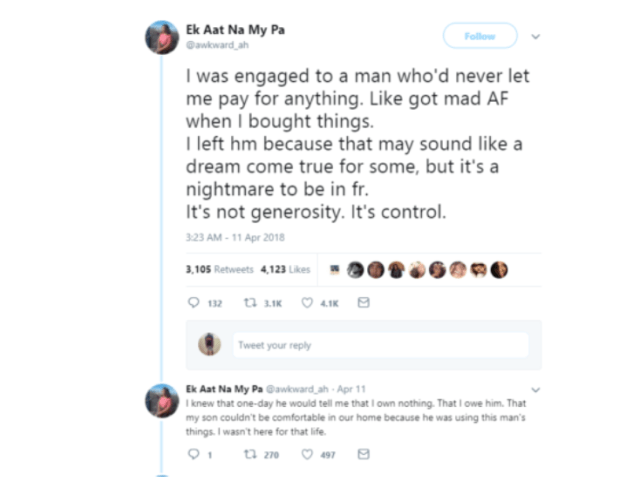