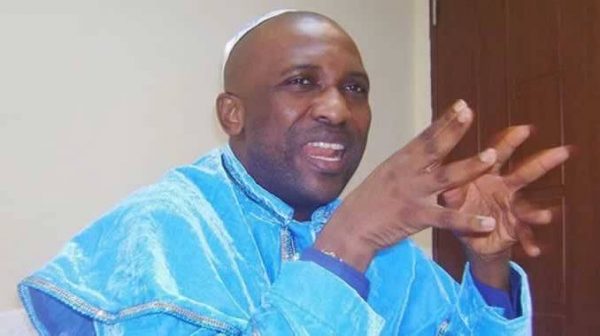 The General Overseer of Inri Evangelical Church, Primate Babatunde Ayodele, has urged President Muhammadu Buhari to step down from office if he does not want to be disgraced like his predecessor.

The prophet who disclosed this during the commissioning of a newly built 50,000 seats of a branch of his church also beckoned on Senate President Bukola Saraki to contest for the Presidency in 2019.

Ayodele said God has given him a revelation that Saraki will become Nigeria’s next President.

He added that the Senate president would steer Nigeria on the path of progress if he decides to contest.

He said, “Saraki should come out to contest. It is the word of God.

“He should step down so that he will not be disgraced like the former President. Saraki will do it better and no matter what names people might be calling him, Saraki can move Nigeria forward come 2019.

“In 2013 we told Jonathan that he cannot win, and we repeated it in 2014, but he refused and lost out. During the Liberia presidential election, I told George Weah that he should strategize to win.

“He did and won. We sent a similar message to Uhuru Kenyatta of Kenya and he won. I said it also to Sierra Leonean presidential aspirant, Umara Samara, he ignored my message which I sent through delegates.

He refused the steps I asked him to follow and after the election, the reverse was the case.”