Horrifying footage has emerged of the moment a landlord discovered the mess left by his “dirtbag” tenants.

Troy Love uploaded the explosive rant to Facebook claiming to have discovered a decomposing horse corpse and seven malnourished cats at the same property.

In the clip, he says: “Share this with everyone so everyone knows who these dirtbags are.

“I want you to get this to the government so essentially, we don’t f*****g lose our rights as people.”

The footage shows how his home was left with piles of rubbish, broken fences, blackened ceilings and animal faeces.

Carpets are also said to be ruined and the property riddled with mould and water damage.

Mr Love uploaded the video after revealing he had paid out more than £40,000 for the damages to his home in Nar Nar Goon, around 40 miles south of Melbourne, Australia. 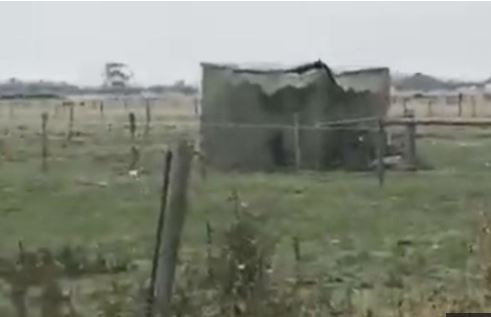 A dead horse is said to have been discovered

It has since gone viral – racking up more than one million hits in the process.

He has called for tenancy laws to be reviewed in the wake of his case.

Speaking to Australian TV show A Current Affair, Troy said: “It’s quite overwhelming to see your property like this especially when you know how much you pay for it and know how beautiful it was when it got it.

“I can’t get over the smell, it just wants to make you throw up.

“I just don’t know how people can live like this, have their kids here like this and be healthy.”

The tenants reportedly moved into Troy’s property three years ago and were often late in paying rent.

But when he took legal action against them, the court reportedly took the tenants’ side and allowed them to stay.

He has no interest in leasing the property again in future.