Home Local News Zimbabwe To Summon Mugabe Over Missing $15bn Worth Of Diamonds
Facebook
Twitter
WhatsApp
Robert Gabriel Mugabe, 94, who is a Zimbabwean revolutionary and politician who served as Prime Minister of Zimbabwe from 1980 to 1987 and then as President from 1987 to 2017 is set to invited for a mining probe. 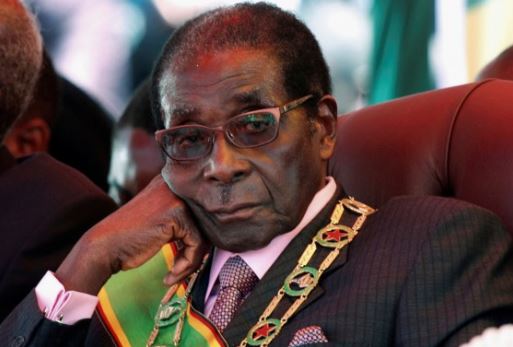 Zimbabwean Parliamentary Portfolio Committee on Mines and Energy said it will summon former president Robert Mugabe to explain how about 15 billion U.S. dollars’ worth of diamonds was siphoned out of Marange diamond fields.

Mugabe once said in an interview while he was still president that some companies had repatriated diamonds from the fields, although his former spokesperson George Charamba has said his statement had been a metaphoric one.

The Herald on Wednesday quoted committee chairperson Temba Mliswa as saying that his committee had resolved to invite Mugabe to get clarity on what happened to the diamonds.

He did not say when Mugabe would appear before the committee.

“My point is that we are not witch-hunting; we are actually trying to get institutions to respond to the 15 billion dollar leakage in terms of diamonds.

“When we have received all the evidence we will deliberate on it, but in terms of him coming we had resolved that we will invite everybody, especially him since he was the source (of the information),” Mliswa said.

A number of former and serving top officials in government and the security services have appeared before the same committee to answer questions regarding the “missing” diamonds.