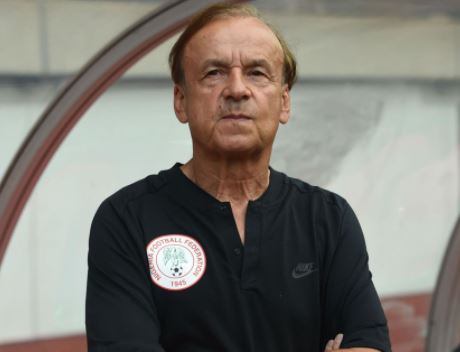 
The Nigerian Football Federation (NFF) has reiterated that it won’t interfere with the plans of Super Eagles head coach, Gernot Rohr.

Chairman of the NFF Technical and Development committee, Ahmed Yusuf Fresh, said that Rohr has the final say on team selection.

“It is not our style to interfere in the selection and invitation of players, whoever to coach wants he gets.

“We won’t force any player on the coach. We don’t do that and we won’t start it now. If he feels he needs more players, we will oblige him.

“We saw some players who excelled against Atletico Madrid and the coach also saw them. I don’t know whether he was impressed as to want to

invite them. If he wants of the boys, he will notify us but we won’t force him to include any player,” Fresh told CompleteSports.