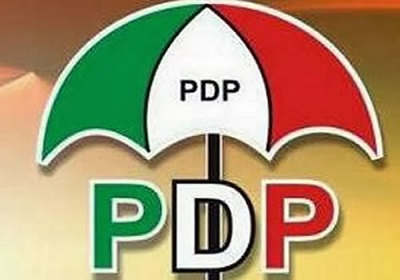 The Peoples Democratic Party (PDP) is considering the option of fielding a serving governor as its presidential candidate for the 2019 general elections.

PDP chieftains who spoke with a Daily Trust correspondent, yesterday, explained that the party needed someone who would be covered by executive immunity till May 29, 2019.

‎A former member of the party’s National Working Committee (NWC) who preferred anonymity said the party was exploring several other options as well but that getting a saleable serving governor would reduce a lot of stress.

‎”You can’t rule out the possibility of the PDP fielding a serving governor but we are being painstaking in the process of selecting our presidential candidate,” he said.

“The overall objective is to get that person that can defeat President Buhari; someone who will not be arrested later for alleged corruption. So we are exploring several options, including fielding a serving governor from the North,” he said.

‎Our correspondent reports that the PDP has only two serving governors from the North, Ibrahim Hassan Dankwambo of Gombe State who is rounding off his second term and Darius Ishaku of Taraba State who is in his first term.

The PDP had zoned its presidential ticket to the North even as some sources said its searchlight for a credible candidate would go beyond party affiliation.

A source said Governor Aminu Waziri Tambuwal of Sokoto State is also being considered for the ticket on grounds of his youthful age and immunity.

Tambuwal is still in the All Progressives Congress (APC) but insiders say PDP leaders were mounting pressure on him to return, banking on the grievances of the nPDP members within the APC.

The PDP spokesman, Kola Ologbondiyan in a text message on whether the party was shopping for a serving governors said, “PDP is open and our party will create the requisite enabling environment for all aspirants seeking to be president on the platform of our party.”

‎A founding member of the PDP, Alhaji Aminu Yakudima, told a correspondent in a telephone interview that it was better to field someone who would not disappoint Nigerians after winning the polls.

“If you present a governor who is not doing well in the state, for instance, you are more or less creating more problems for the people. If you do that you are doing a disservice to Nigeria,” he said.