Home Local News Against All Odds: Ex-Tennis Player Whose Arm Was Bitten-off By A Crocodile...
Facebook
Twitter
WhatsApp 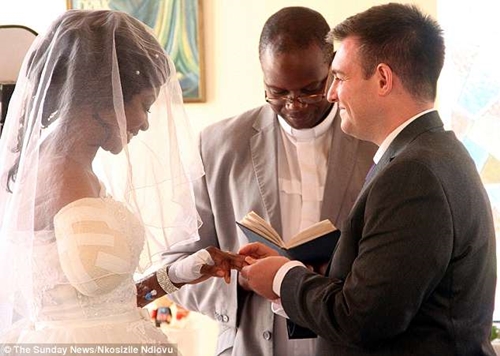 A 25-year-old former tennis player who had her arm bitten off by a crocodile while canoeing in the Zambezi river above the Victoria Falls in Zimbabwe with her British husband-to-be, just days before her wedding, has gotten married in hospital.

According to Dailymail UK, Jamie Fox watched on in horror as his fiancee identified as Zanele Ndlovu, had her right arm torn off and her left hand bitten by the crocodile. 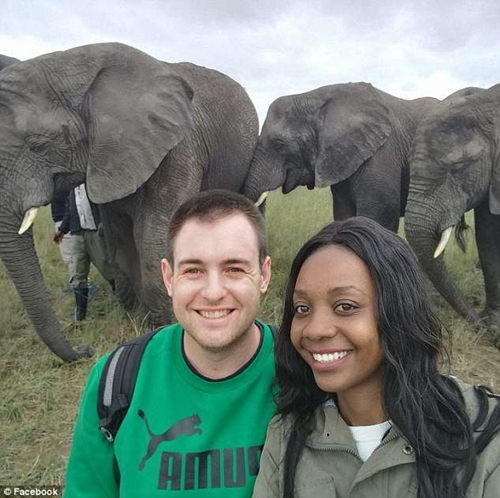 The couple had arrived the country as tourists

While speaking to a correspondent, a family friend described how the former top tennis player lost her arm to a large crocodile.

‘They were in an inflatable boats, and the crocodile attacked their vessel and in the process deflated it, before attacking her.

‘During the attack the crocodile gripped her arm and ripped it off while her partner made frantic efforts to save her. They are lucky to be alive.’ 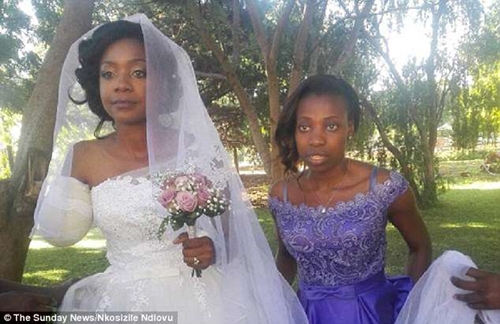 It was gathered that Mr Fox came to her rescue and applied a make-shift tourniquet, but she had lost so much blood it was feared that she may die from the wound. She was rushed to Mater Dei Hospital in Bulawayo, Zimbabwe, where surgeons managed to save her life, but she lost most of her arm.

Despite her horrific injuries, Ms Ndlovu was determined not to miss her wedding day, and the couple ended up holding their ceremony in the hospital chapel. 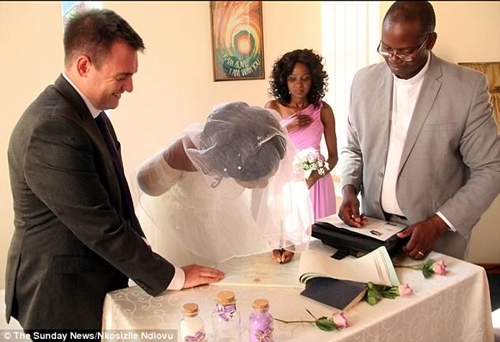 Pictures from the ceremony shows the bride in her white sleeveless wedding dress walking into church with her stump heavily bandaged and holding pink roses in her bandaged left hand.

The now Mrs Fox is seen signing the register with her injured left hand, as the Minister and her husband looks on to huge applause from family and friends. 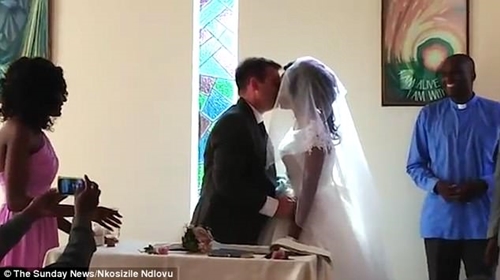 Mr Fox had earlier disclosed that he had managed to pull his fiancee back out of the water and applied a makeshift tourniquet, but she had lost so much blood it was feared that she may die from the wound. 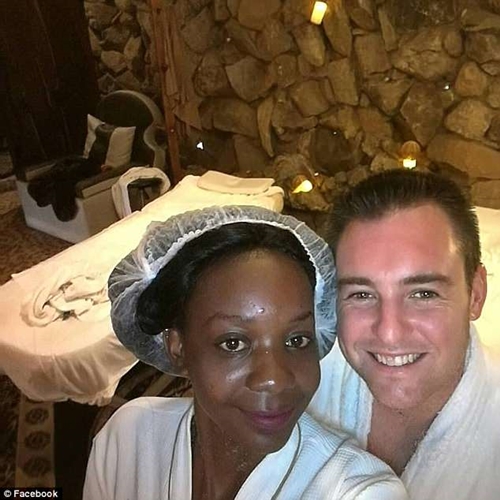 “I was shouting, trying to save her,” he said. “She was not complaining of pain when we managed to pull her out of the water, maybe because of the shock. We were hoping the doctors would save her arm but that was not to be.”