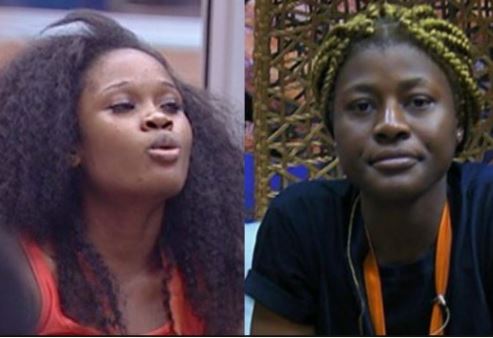 Ex BBNaija housemate, Alex has revealed that she is not friends with fellow ex-housemate, Cee-C. Alex made this known in an interview with TVC – a national TV station with headquarters in Lagos State.

When asked her stance on friendship with Ceec, Alex said; “I won’t call CeeC my friend, I won’t even lie but we are ex-housemates and we have to co-exist. I can’t live in this world alone”

“If we are going to be friends, we will work on it, if not, we are ex-housemates” she added.

It would be recalled that Tobi who has expressed interest in Alex used to be Cee-C’s former romance and strategic partner at the beginning of the reality show before the duo fell apart. There later became serious stalemates as Cee-C accused Tobi of serially gossiping about her in the house.

Cee-C has ruled out dating Tobi in the future although she admits they could be friends. Cee-C was absent during the TVC interview which was attended by Nina, Tobi, Alex and Miracle.