Controversial Housemate and runner up of the Big Brother Naija show seems to have found new friends in the persons of Singer Davido and his Chef Girlfriend, Chioma.

After sharing photos of themselves on social media and Davido complimenting the two beauties by calling them twins, Cee-c, Davido and Chioma are seen on new photos in a private jet on their way back to the centre of excellence.

This should be good for Cee-C and her brand. 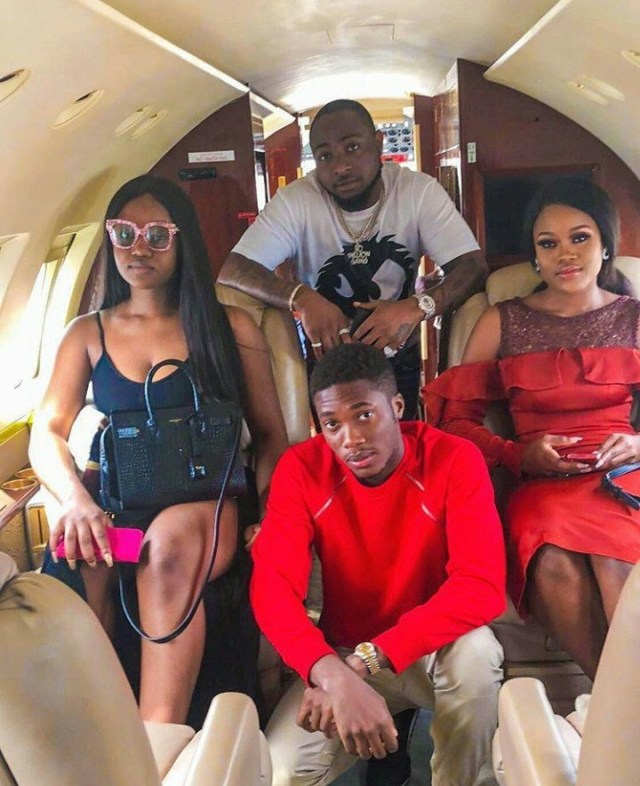 Cee-c has been showered with love from her never-say-never fans and celebrities ever since she left the Big Brother house.

The latest appear to be the elder Brother of this season’s winner, Captain Obokwe who posted a lovely photo this morning, calling her ‘a lady’.

“The other day with Ceec, she is such lady, Respect”