#BBNaija: Tweet Oracle narrates how he was badly treated by Miracle and his family

Tweet Oracle, who was the social media strategist for the Big Brother Naija winner, Miracle, has narrated how he was treated badly by the reality tv star’s family.

Yesterday, a message from one of team Miracle’s Whatsapp group surfaced which shows Tweet Oracle narrating to the group how he was mistreated by Miracle and his family, and how he was accused of keeping money meant to vote Miracle to himself.

He also revealed that the Miracle we watched in the house is a different Miracle he met. 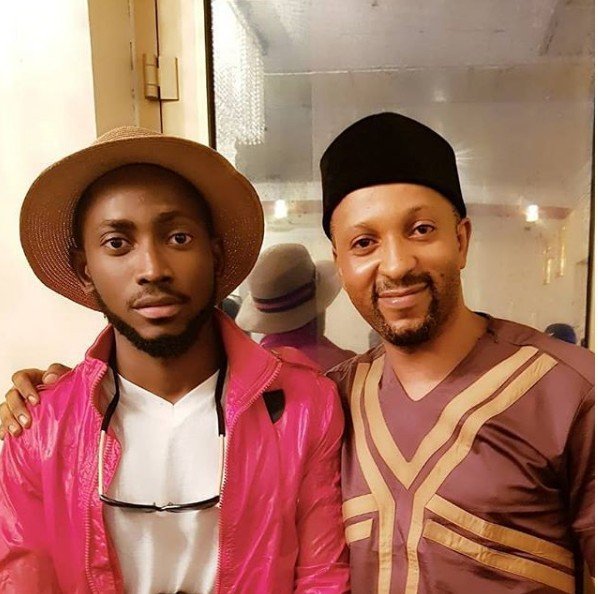 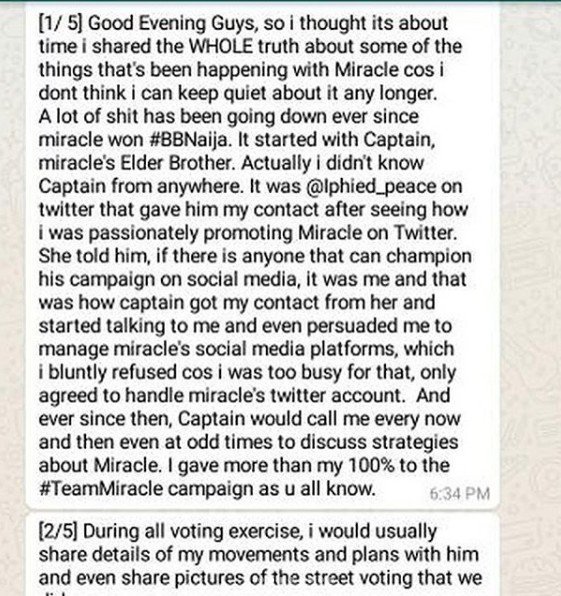 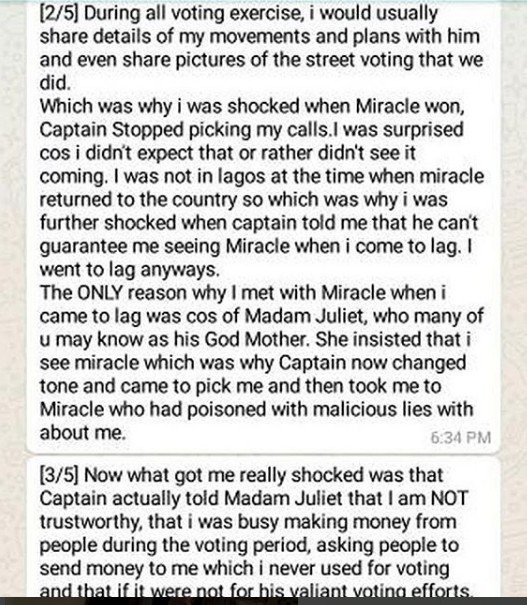 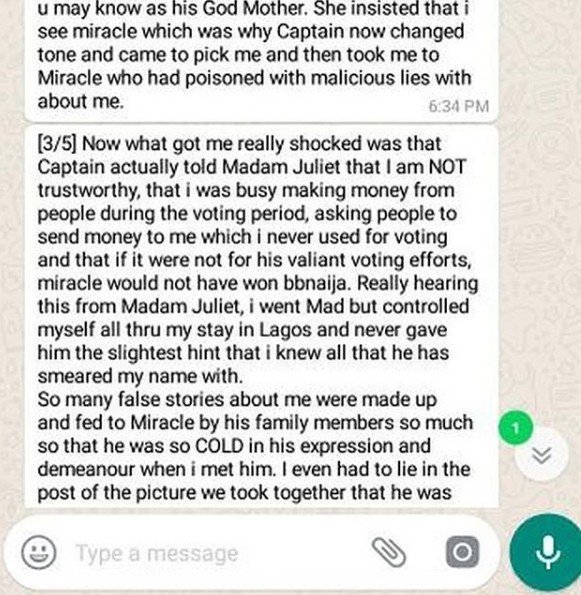