Nigerian male cross-dresser, Okuneye Idris Olanrewaju better known as Bobrisky, has shocked the Nigerian internet following a recent revelation that he made on social media.

According to the effeminate, in nothing less than four days, he’s going to be tying the knot with his ‘bae’ in a private ceremony.

It’s no news that over the years since he plunged into internet stardom, his ‘bae’ has been the one behind his extravagant lifestyle. 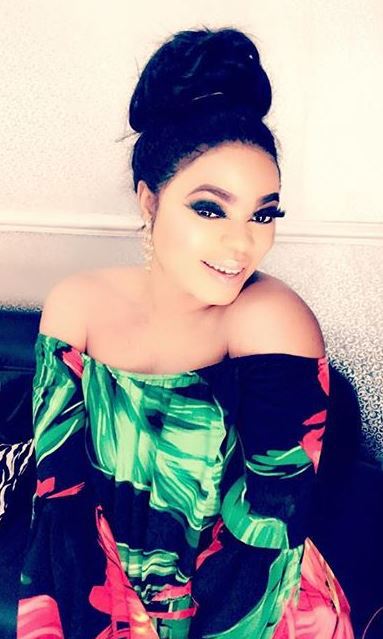 Many a time, the transvestite has praised this ‘bae’ of his on his social media accounts – should he have wads of cash to show off? he’ll chip it in how his bae was the one who sent the money to him, or is it a newly acquired mansion? it couldn’t be the revenue generated from his lightening cream that woulda purchased it but his so-called ‘bae’.

Now, Bobrisky has said he and this bae of his are going to be tying the knots come Sunday, the 20th of May, 2018 but it will be a private wedding between himself and his ‘bae’.

What he shared on his page moments ago, can be read below,

‘I’m sorry guys Bobrisky is getting married on Sunday. This is just btw I and BAE. Wait for ur bride on Sunday’ 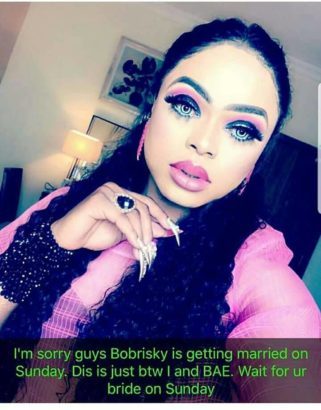 ‘I Have Natural Pot Belle; It Protrudes Every Time I Eat – Juliet Ibrahim 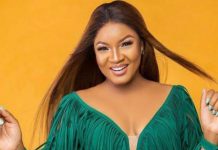