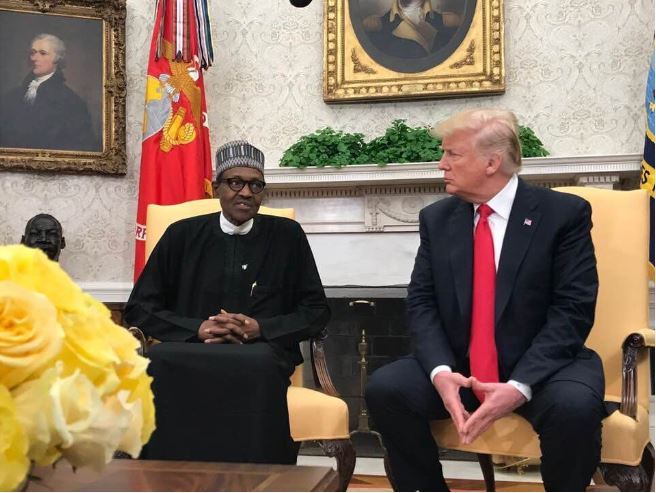 A coalition of pro-Biafra groups have described the recent meeting between President Muhammadu Buhari and his counterpart from the United States, President Donald Trump as an “unholy romance.”

They lamented that the issue of Biafra agitation was not discussed during the meeting between the two leaders. The coalition decried the continued killing of their members, saying Nigerian government must stop “playing politics with our future and existence.”

This position was made after a meeting in Enugu and was contained in a statement issued by spokespersons of the groups.

The statement reads partly, “The people of Biafran nation are quite disturbed by the unholy romance between Nigeria’s president and his US counterpart.

“In the face of so many cases of ethnic cleansing against Biafrans by the Buhari administration, the people of Biafra had expected that the United States President upon meeting with Buhari would take a position against these attacks.

“Unfortunately, all we got was that compromising Press Conference between the two presidents. Though we expect some high level of diplomacy on Biafra issues, fifty percent of Biafrans are disappointed on president Trump of US

“Let it be on record that the Biafrans are not amused at the lackadaisical manner which Biafra issue was thrown under the carpet. As the police of the world, the least expected from the US is to institute a case against Nigeria.

“Be that as it may, Biafrans would want the United Nations to know that the suppression, killing, maiming and jailing of our people by the Nigerian military has not stopped. They must stop playing politics with our future and existence.”