Buhari Is Not Serious With Corruption Fight – Pastor Tunde Bakare 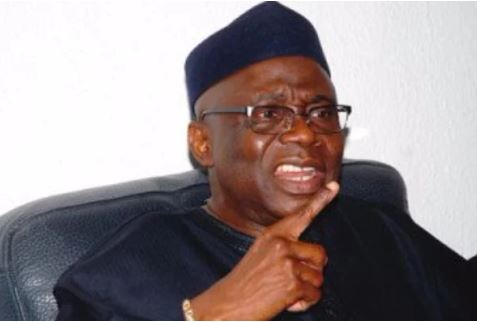 The Senior Pastor of the Latter Rain Assembly, Pastor Tunde Bakare, has accused the Federal Government of unseriousness in the fight against corruption.

The man of God faulted President Muhammadu Buhari’s corruption fight saying that it is yet to produce any serious conviction after three years.

Bakare made this known on Channels Television programme, Roadmap 2019, on Monday.

Bakare, a former running mate to President Buhari during the 2011 general elections, said while some of the accused had been treated with a kid’s gloves, others had been hammered even when their guilt had not been completely established.

He said, “All I hear today is corruption is fighting back. It’s a thing of deep concern for me that up till this hour, three years after, except the likes of Sambo Dasuki who had been detained more or less forever for whatever reasons, I have not seen any serious conviction.

“I have seen pats on the back via ‘return some and leave the rest’ and I have seen sensationalism. If we turn the searchlight into the body polity in Nigeria, it will not be absolutely out of place to say the synonym for politics in Nigeria is banditry, regardless of who is in power.”

Pastor Bakare, who faulted the Buhari-administration for failing to deliver on its major campaign promises, expressed worry over the killings of people in Benue State and some other parts of the country.

“These attacks have shown that the country needs to renegotiate its union,” Bakare said.

He, however, stated that while he would not necessarily contest in an election, he still had a role to play in the nation’s leadership.