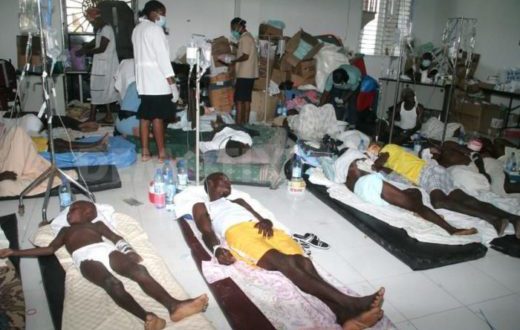 A cholera outbreak has killed 16 people and has infected 176 others in Adamawa and Kano states, a medical official said on Wednesday. While 12 have been confirmed dead in Adamawa, four others have been killed, following a fresh cholera outbreak at Wulari settlement in the Kumbotso Local Government Area of Kano State.

“So far, 12 people have died from the disease and there are many more cases,” said the Medical Director of the General Hospital, Mubi, Ezra Sakawa, told Reuters.

“We have little manpower to deal with an outbreak of such magnitude,” Sakawa said, adding that nurses were on strike. Also, the Director of Public Health in the Adamawa State Ministry of Health, Dr. Bwalki Dilli, has said that the number of those infected by cholera in Mubi had increased from 134 to 176.