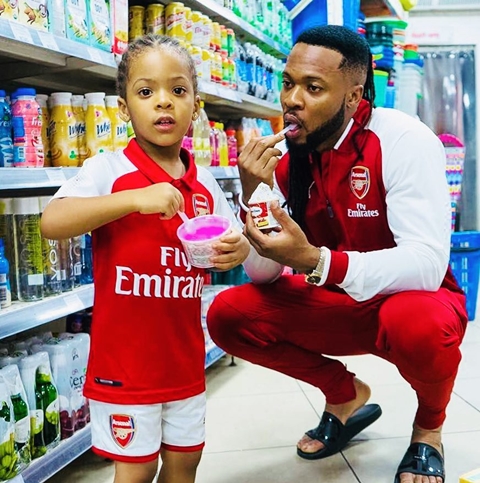 Nigerian singer, songwriter, multi-instrumentalist and performer, Chinedu Okoli, better known by his stage name as Flavour N’abania or simply Flavour, has taken to his Instagram page to share some adorable photos of his daughters.

The singer who began his musical career as a drummer for a local church in his hometown of Enugu State, was seen in photos dressed in Arsenal jerseys with his beautiful daughters from his two babymamas. 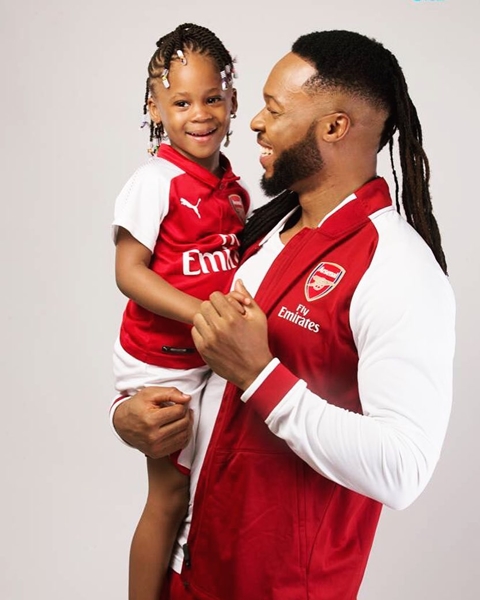