Daddy Freeze has advised a young girl to go ahead and have an abortion after she was raped by robbers who invaded her home.

He gave this advise while commenting on a post which had the story of a 17 year old who was raped by some robbers that had broken into their home to steal.

Few weeks later, she discovered she was pregnant for one of them. 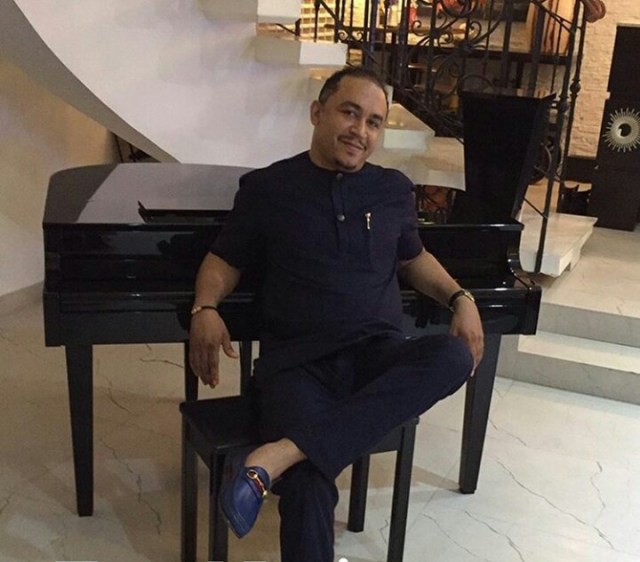 The report had it that the family was left in a state of dilemma as they did not know which action to take towards an unfortunate happening, the news also had it that their members advised them to keep the baby.

Freeze was quick to pen down his comment, giving the 17 year old girl a go ahead he wrote saying;

“Listen Guys, you own your body, not the church and not your parents, you own it!

“This woman and any woman in a similar situation has the right to an abortion! ~FRZ” 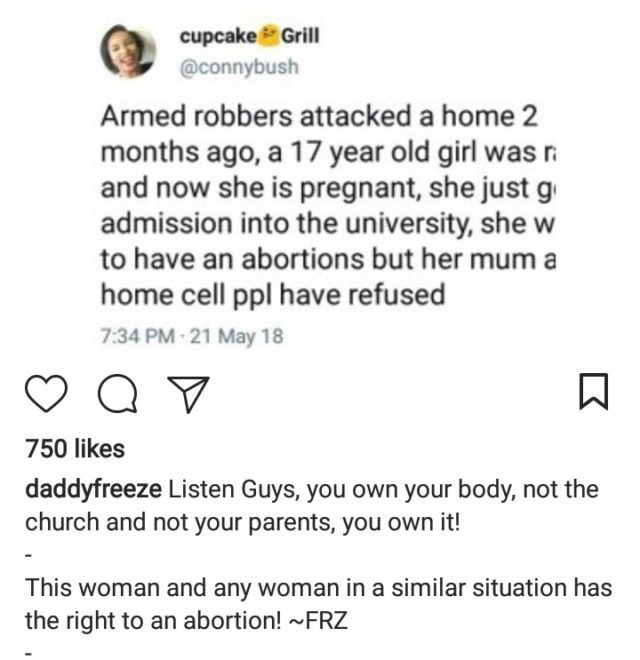