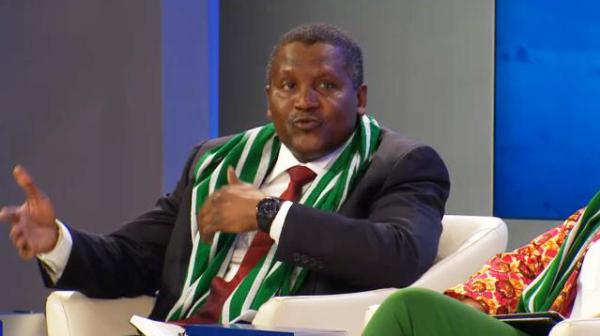 African’s renowned businessman, Aliko Dangote, has been ranked among 75 most powerful persons on the planet, ahead of the Vice President of the United States of America, Mike Pence.

In the latest  Forbe’s 2018 ranking of the World Powerful people, world leaders like Xi Jinping, the Chinese President; Vladimir Putin, Russian President; and Donald Trump, the President of the US, all of whom were ranked first, second and third respectively.

The Africa’s richest man ranked 66th most powerful person in the world ahead of Pence, who is ranked 67, and Qamar Javed Bajwa, the highly influential Chief of Army Staff of Pakistan, ranked 68.

Dangote. who was one of the only two Africans, made the list with the other being Egyptian President, Abdel Fattah el-Sisi, who was ranked 45th most powerful.

According to the Forbe’s rich list, Dangote as at March 2018 had an estimated net worth of $14.1 billion and ranked among the 100 richest in the world and the richest in Africa, a position he has held for almost a decade.

Dangote reached the peak in 2014, when he came in 23rd richest in the world and in 2013 surpassed the Saudi-Ethiopian billionaire Mohammed Hussein Al Amoudi by over $2.6 billion to become the world richest person of African descent.