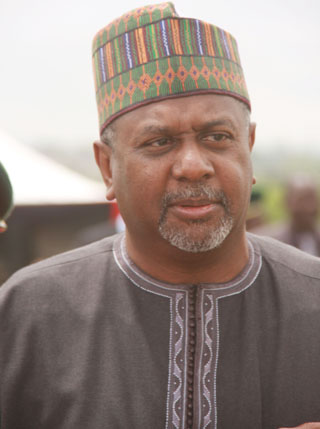 The four defendants, however, pleaded not guilty to all the 32-count charge.

Apart from the dropping of former Director of Finance and Supply in the Office of the NSA, Mr. Salisu Shuaib from the amended charge list, the charges were almost the same with the old 18 count charges brought against the defendants by the federal government in 2015.

Shortly after taking the plea of the defendants, the issue of bail was raised and Counsel to Dasuki, Mr. Adeola Adedekpe, pleaded with the court to grant the defendants bail in liberal terms in view of the fact that the defendants have been attending trial since 2015.

Counsel to the federal government, Mr. Oluwaleke Atolagbe did not oppose the bail application.

The trial Judge, Justice Hussein Baba Yusuf, however, ordered that Dasuki and other defendants be allowed to continue to enjoy the bail he granted them in 2015 when they were first arraigned before his court.

It will be recalled that, although other defendants were allowed to enjoy the earlier bail, Col. Dasuki, was however, re-arrested in 2015 at the Kuje Prison shortly after perfecting his bail conditions and has since been kept in the custody of the Department of State Services (DSS).

Meanwhile, Justice Baba Yusuf has fixed July 3 and 5 for the trial of the defendants in the new charges.

The federal government had on April 30, filled the new 32 amended count charges to replace the initial 18 count charges brought against 5 defendants in 2015 before the same court.

In the amended charges coming barely one year to the general elections, names of prominent politicians from the opposition party were listed as beneficiaries of the alleged diversions.

Apart from filing new charges with fresh names, a new twist was also introduced into the trial by government as a key defendant in the matter, Salisu Shuaib who was a former Director of Finance and Supply in the ONSA under Colonel Dasuki was dropped from the new charge.

The amended charge was signed by Mr. Chile Okoroma, Director of Legal Services with the Economic and Financial Crimes Commission (EFCC).

At Wednesday’s re-arraignment, no reason was adduced on why the former Director of Finance in the office of the NSA who served along with Colonel Dasuki was dropped from the trial having being arraigned together since 2015.

It would be recalled that Dasuki, Salisu Shuaibu and three others were arraigned in 2015 on the same charge and pleaded not guilty when the charges were read to them.