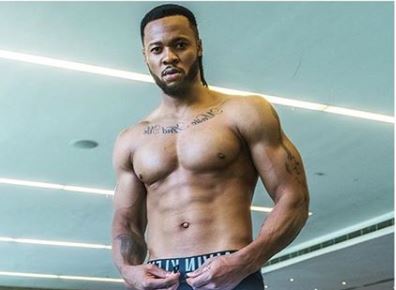 Since Nigerian singer Davido bought the multi million naira Porsche for his girlfriend on her brithday, many celebrities have been ‘burying their faces in shame’.

Several people have been painfully trolled by fans. Sophia Momodu reportedly left Instragram because of online bullies although she is claiming her account was hacked.

The latest victim of social media trolls concerning the Porsche car drama is Flavour, a single man who has who kids from two different ex-beauty queens.

One Leticia Adaku spearheaded the attack on Flavour after he shared a topless photo on Instagram.

An angry Flavour replied by cursing her in the local Igbo parlance. 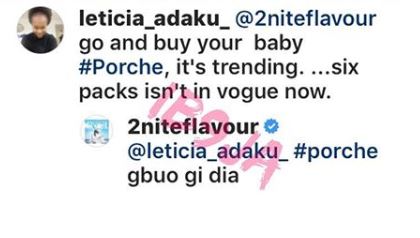