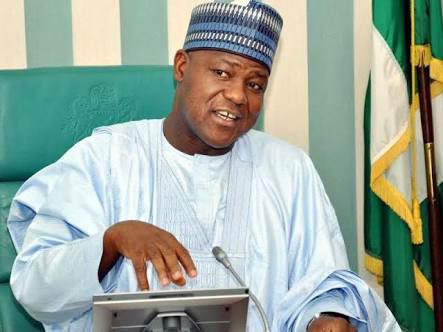 The Speaker of the House of Representatives, Mr Yakubu Dogara, has urged the police to prioritize the health and safety of Kogi Senator, Dino Melaye before prosecution.

Mr Dogara made the call at the plenary on Thursday in Abuja after a personal explanation was raised by Rep. Sunday Karimi (Kogi-PDP) drawing the attention of the House to Dino’s plight.

The senator is currently facing a seven-count charge of criminal conspiracy and unlawful possession of firearms in Kogi State.

The helmsman of the green chambers, however, said that anyone who committed any offence must face the law.

The speaker said he had not seen any country where anybody had been arraigned in court on stretchers.

“I have not seen in any country where someone is arraigned in court on stretchers when he or she is not fit to plead guilty or not guilty.

“If anything happens to him, (Dino) the responsibility will be on the security agency,” he said.

Earlier, speaking under personal explanation, Mr Karimi said in the process of arresting and transporting Dino from Abuja to Lokoja by the police, the lawmaker was involved in an accident and was hospitalised.

Mr Karimi said that he counted no fewer than 36 policemen guarding the hospital where Dino was receiving treatment.

He said Dino, who had yet to fully recover, was being tried while still on stretcher.

According to him, Dino is being persecuted for his political believe and what is happening to him can happen to any of us.

“I appeal to the house to look at the issue and make sure due process is followed,” he said.