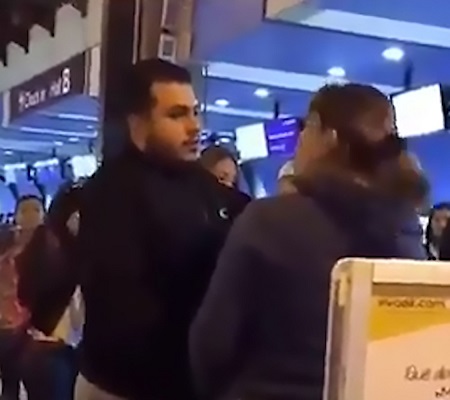 The angry wife confronts her cheating husband at the airport (CEN)

This is the astonishing moment a jealous wife grabbed the hair of a woman believed to be her husband’s mistress after catching them together at the airport, about to board a plane.

The wife caught up with the pair at the Jose Maria Cordoba International Airport in the city of Rionegro, north-western Colombia.

They had been about to catch a flight to the popular coastal tourist city of Cartagena on the country’s northern Caribbean coast.

An eyewitness with a smartphone filmed the angry wife holding on tightly to the hair of the alleged mistress while arguing with her husband. 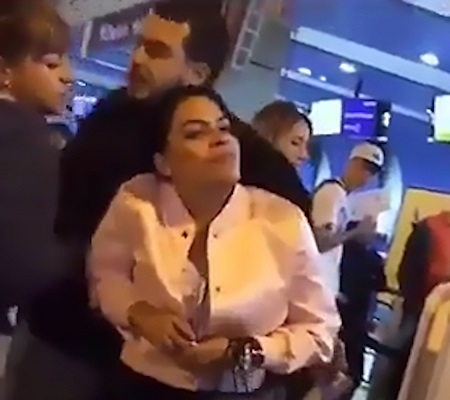 She refused to let go of the hair of the other woman who is seen apparently frozen in terror, not moving an inch, behind the woman’s husband.

The man is seen trying to defend his alleged woman from his furious wife while onlookers, including airport security staff, decide against intervening.

One member of security is seen in the video ignoring the trio and instead replaces the rope barrier.